With the Draw Show hosted after the LCS Summer Finals, we finally know the fates of our Play-in and Group Stage participants.

As always there are 24 teams playing for the trophy in the Worlds 2022 that will be held in North America. 12 of these teams will start their journeys in the Play-in stage with the hopes of qualifying for the main event. With the LCL not attending Worlds 2022 due to the current events in the region, their spot was given to LEC. So the EU will have two Play-in representatives.

For the Draw Show, these 12 teams will be separated into three pools. These pools will then be sorted into two groups of six, each pool sending two teams to each group. No two teams from the same region can be drawn into the same group, which only affects EU as they are the only region with two Play-in teams.

For the Group Stage draw, the remaining 12 teams will be divided into three pools, based on prior performances of their regions, and then sorted into four groups. According to Riot, “the winners from the Play-In Stage will be drawn directly into each of the four groups once Play-Ins concludes and will not be part of the Draw Show.”

As always, and like Play-ins, no team will be drawn into a group with another team from their own region. The only exception to this rule is the two EU Play-in teams. Riot recently put out a press release saying if both teams get out of the Play-in stage, the 4th EU seed will not be subject to this rule. 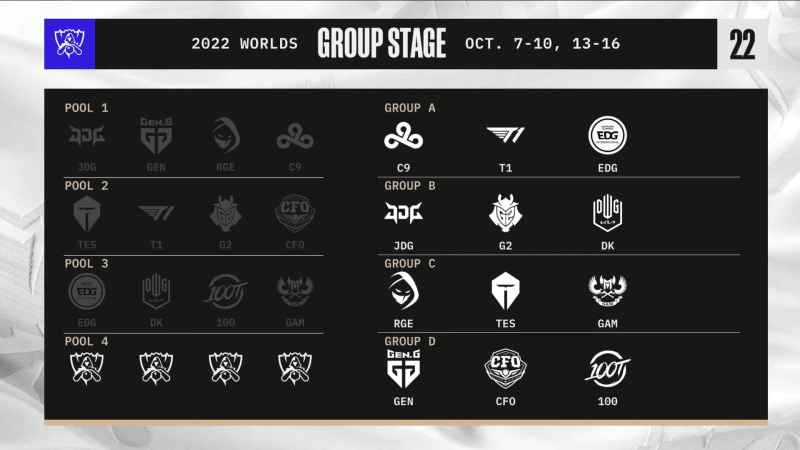 For more news about the Worlds 2022 and more, follow us on ESTNN.