Home Videos What Do the WoW Dragonflight Professions Stats Do


Dragonflight adds a lot of changes to professions. One new addition is the Dragonflight Professions Stats which you’ll start to see on items. But what do these new stats actually do?

There are a number of new and interesting changes in Dragonflight, and professions are one of the most notable. A feature that has seen little change in the game’s 18 years, is finally getting the facelift it deserves. However, there’s one new feature, in particular, that might confuse some. New Profession stats have entered the game, so we’re here to explain what they all do.

As of writing, this information was gathered from the Dragonflight Beta, and will be updated asap after launch. Though the only one that might be incorrect is the “Perception”, the rest are fine. For a look at the general changes to Dragonflight’s professions, Blizzard posted a “first look” when Dragonflight was announced.

Firstly, let’s take a look at the new stats that will impact your crafting professions in Dragonflight. We’ve got four new stats to play with here: Inspiration, Resourcefulness, Crafting Speed, Multicraft. While this might sound obvious, it’s not always made perfectly clear, so let’s take a look.

Inspiration gives you a percentage chance to become inspired when you craft an item. What this will do is, make crafts while inspired and give an “X” number of bonus skills. The TLDR version is that you have a small chance to make a better version of a craft while inspired. So, at your current rank you might be able to make a 2-star version of an item. When an item is inspired, that will then become a 3 star version. The chance to become inspired might be just 20%, and the chance to then inspire an item might be as low as 10%. But, it does give you the incentive to keep crafting once inspired for a chance to make a special item.

This one is fairly straightforward compared to some of the rest. Resourcefulness gives you a chance to use fewer tradeable reagents when crafting an item. This isn’t the sexiest of bonus stats, but it certainly might be the one that saves you some gold early on into Dragonflight. Though, this won’t affect the Soulbound reagents used, just gathering and vendor items. Though, it’s still great if you pair a crafting profession with a gathering profession.

Really simple. You craft faster. Honestly, it’s the most simple and probably the least desired of all the new stats. Unless you’re mass crafting and need to make it to a hot date, or a raid I guess. I don’t see when this will be a massive boon for anyone.

At first, this sounds like the cream of the crop. The percentage chance to craft more than one of the items you’re crafting. However, if you think this works on weapons and armor, we’ve got bad news for you. In reality, this is for the Alchemy mains among you. Crafting hundreds of potions and flasks at a time, with a small chance to craft a handful more as well. Basically, it’s that feature we used to have, which Blizzard removed, but we’ve got it back again. Obviously, it has uses for folks outside of Alchemy, with each profession gaining some sort of benefit from it. 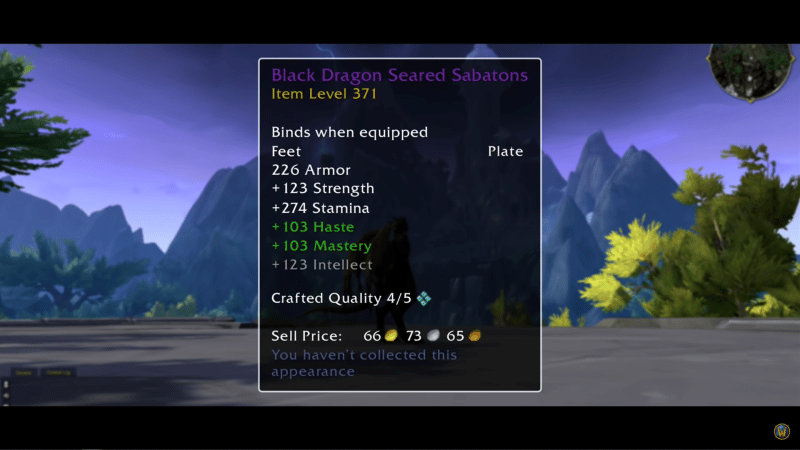 For those of you who are more interested in mining rocks or picking herbs. This is the section for you. Here, we’ll take a look at the three Gathering stats in Dragonflight: Finesse, Deftness, and Perception. Unlike Crafting, these ones are slightly less obvious at first glance and are also the inspiration for the crafting of this article.

Finesse is a percent chance to gather more of a particular node. So, if you head out to mine some Draconium Ore, you might net yourself a few extra ores. Sadly, we don’t know at this time if it affects bonus “rare” items that drop alongside a node, but we hope so. While it’s a fairly simple stat, it’s likely to be the one everyone is the most interested in. 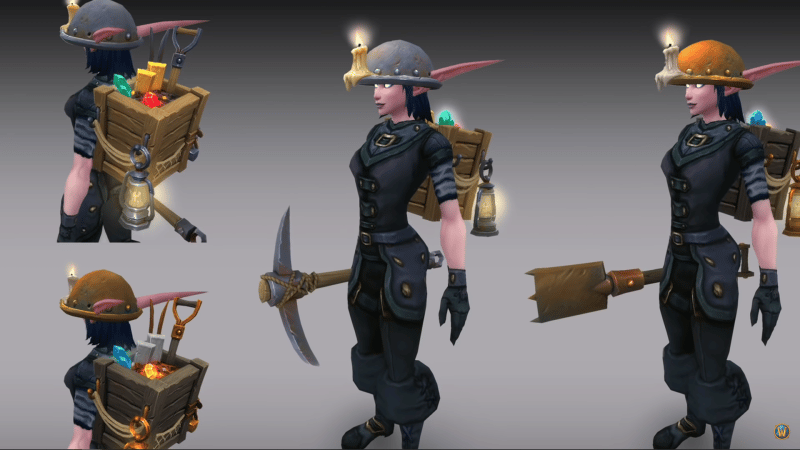 Obviously, this is a gathering speed. We assume Blizzard decided to open up their glossary for the Gathering stats rather than just using “gathering speed”. Basically, you’ll gather faster, making your gather route quicker so you’ll get more money. As a Goblin probably once said, “Time is money, friend”. And when has a Goblin ever lied to you?

Now for the weird one. It must be stressed that, as of writing, we don’t know how this works just yet. Based on the beta, this one was the hardest to prove how it worked. So, looking around, plus my own experience, we’ve got a theory. What we do know is, Perception will help or allow you to gather/spot Rare gathering items on a node.

What we don’t know is exactly what Perception is doing. It could simply be a flat percent chance to get more, OR some on the forums have theorized it’s actually what allows you to even gather rare items, to begin with. While we personally doubt it’s that important of a stats, we don’t know just yet. We will update this section, and the rest of the article once everything is live and confirmed.