After testing the flash and map changes on PBE for a considerable amount of time, the newest set of balance changes have finally made it to live servers with Valorant Patch 5.07. Riot’s Design team has observed the state of Agents in the current meta, and intends to make some changes to sharpen some Agents and their role definitions. “We’re in a more stable state since Champions, and Game Changers teams will have decent time to acclimate before the Game Changers World Championships takes place.” read the blog post.

Why stop with Pearl? Patch 5.07 remodels Fracture, brings balance to the flash, and gives you more ways to curate your collection. Read the notes here: https://t.co/pQ0gyPhBdS pic.twitter.com/qiwUHZs8bo

When it comes to Duelists with a flash ability, many have been outclassed by some of our Initiators when it comes to generating kills for themselves off their flashes. According to the dev team, Skye and KAY/O are “often better” at taking aggressive 1v1s. The intended changes are to increase the total teamplay output of Skye and KAY/O when they coordinate plays with their teammates, and decrease some of their efficacy when played alone. We also hope to increase the reward for putting more time into mastering their flash abilities. We believe that Initiators should still be able to make solo plays, but they should ideally be weaker than their Duelist counterparts in these scenarios.” stated Dan “penguin” Hardison, Designer.

Contents hide
1 SKYE
2 KAY/O
3 Reyna
4 YORU
5 Valorant Patch 5.07 Fracture Map Updates
5.1 B Site – “Jump” up has been changed to a ramp directly onto the site platform, making moving around that space more straightforward.
5.2 B Generator – The space here tightened slightly to make smoking this spot easier. A small corner has also been removed to simplify attempts to re-clear the site.
5.3 BEFORE:
5.4 AFTER:
5.4.1 More noticeably, a corner has been removed in the Halls of A site, removing the opportunity for players to jiggle peek.
5.5 BEFORE:
5.6 AFTER:
5.6.1 A Site: Slightly simplified the space to corroborate the overall changes to the surrounding areas.
5.7 BEFORE:
5.8 AFTER:
5.8.1 A Dish: The dish remains as it is but they’re cleared it from the path to make moving through this space more direct for both sides. We found trying to watch/control these spaces simultaneously was unnecessarily difficult for all. The team hopes the changes here and on A Drop will encourage everyone to use this route more often.
5.9 BEFORE:
5.10 AFTER:
6 Valorant Patch 5.07 Progression Updates
7 Valorant Patch 5.07 List of Bug Fixes

Her E ability, Guiding Light’s flash distractibility, didn’t feel like meaningful counterplay; instead, it was punishing when Skye tried to throw them at a longer range. By increasing the top-end output and rewarding Skye for bending her birds into the right spots, the developers intend to foster more teamwork and differentiate her Guiding Light from other Duelist flashes.

The robotic cyborgs FLASH/DRIVE (Q ability) has been overperforming relative to other “pop” flashes (Yoru’s flash). “And we feel as though labbed out left-click overhand throws aren’t generating a powerful enough reward for the mastery required to get them to pop in the right place. This tuning weakens the right-click when compared to pop flashes from Duelists, with the belief that KAY/O should pay a cost for his versatility.” revealed the blog post.

“Reyna’ flash underperforms as a selfish entry-tool, especially at higher skill levels. This set of changes is intended to give Reyna more agency around how she decides to peek after casting Leer. Also, it should sharpen Leer as a powerful angle-breaking tool against Operators on maps with longer sightlines. We’ve also felt like individual casts of the eye remain in the world for too long when the eye isn’t destroyed. If Reyna is now able to make more selfish plays off her Leer, we then wanted to reduce some of the value it has when thrown for teammates.” the design team added.

Being a tricky agent, it was vital to balance the agent around his capability to throw flashes during his ultimate. Riot’s Valorant team decided to opt simple duration increase for Blindside as we feel maintaining the turning counterplay around his flash and clone is important to avoid excessively frustrating situations.

BLINDSIDE (Q) duration increased from 1.5seconds  >>> 1.75seconds
Reduced the size of the hologram on the body marker that shows up when dead bodies are turned off.

Flash Visual Updates
3P visuals for flashed enemies and allies should now render behind the player’s head the moment that the flash starts to fade. This should give a clearer indication if players are full flashed or if the flash has started to fade.

1P visuals when fully flashed now shrink overtime to give a better indication of when the full flash will end and the flash fading out will begin.

Increased the window for awarding assists on flashes, nearsights and concusses from 1 seconds to 3 seconds after the debuff starts to fade.

Fracture is receiving several quality-of-life changes alongside several sizable updates to Dish/A Drop and A Ropes. Several areas have been opened up, and have undergone some changes to distribute control for attackers and defenders.. The following tweaks have been made to the c, in an attempt to give Defenders more control over Attackers, redistributing control over the map Fracture. The changes were made live for testing and to gather player feedback on PBE servers for more than two weeks. With Patch 5.07, players will finally be able to experience the updated version of the map.

B Site – “Jump” up has been changed to a ramp directly onto the site platform, making moving around that space more straightforward.

B Generator – The space here tightened slightly to make smoking this spot easier. A small corner has also been removed to simplify attempts to re-clear the site. 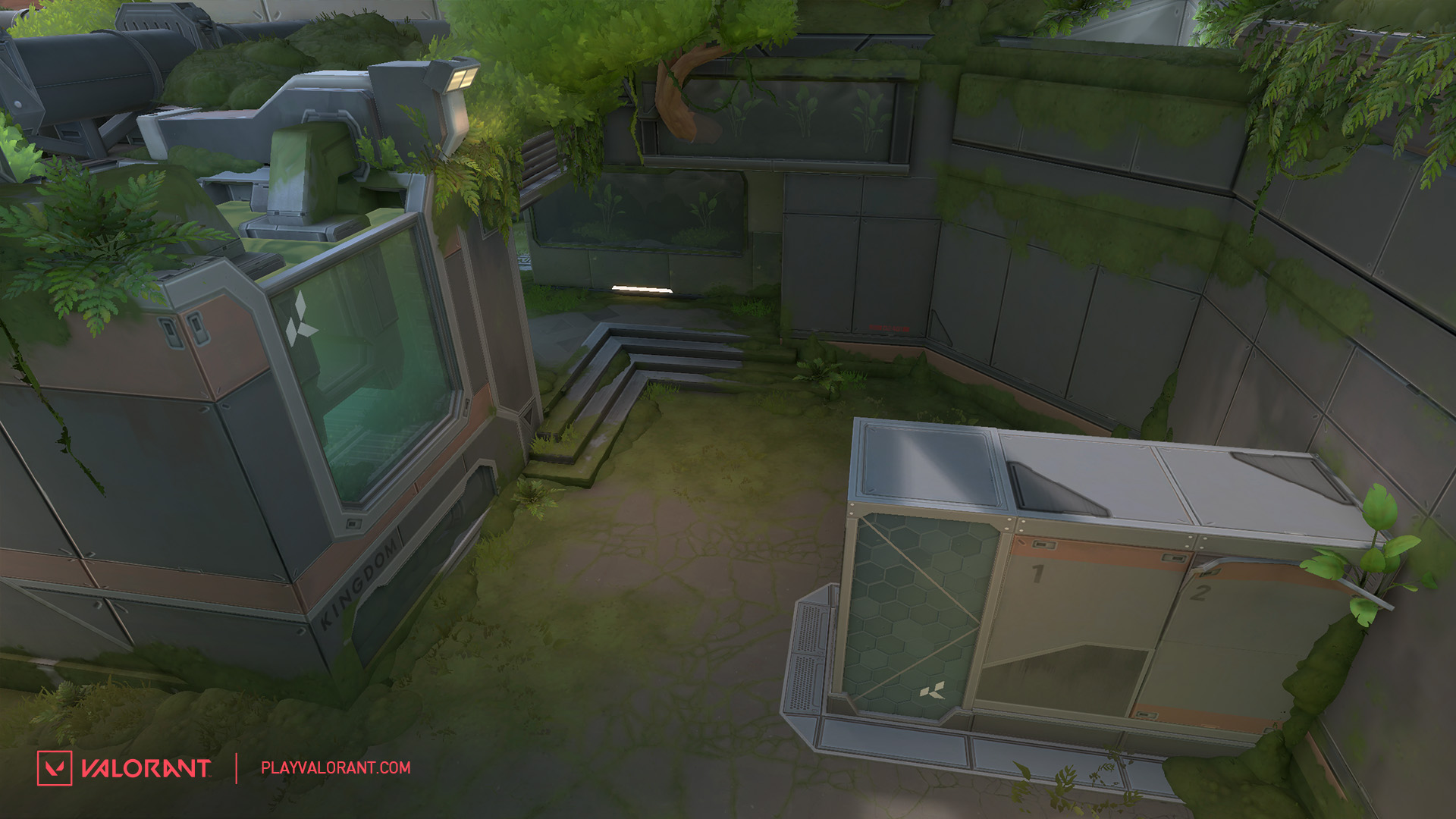 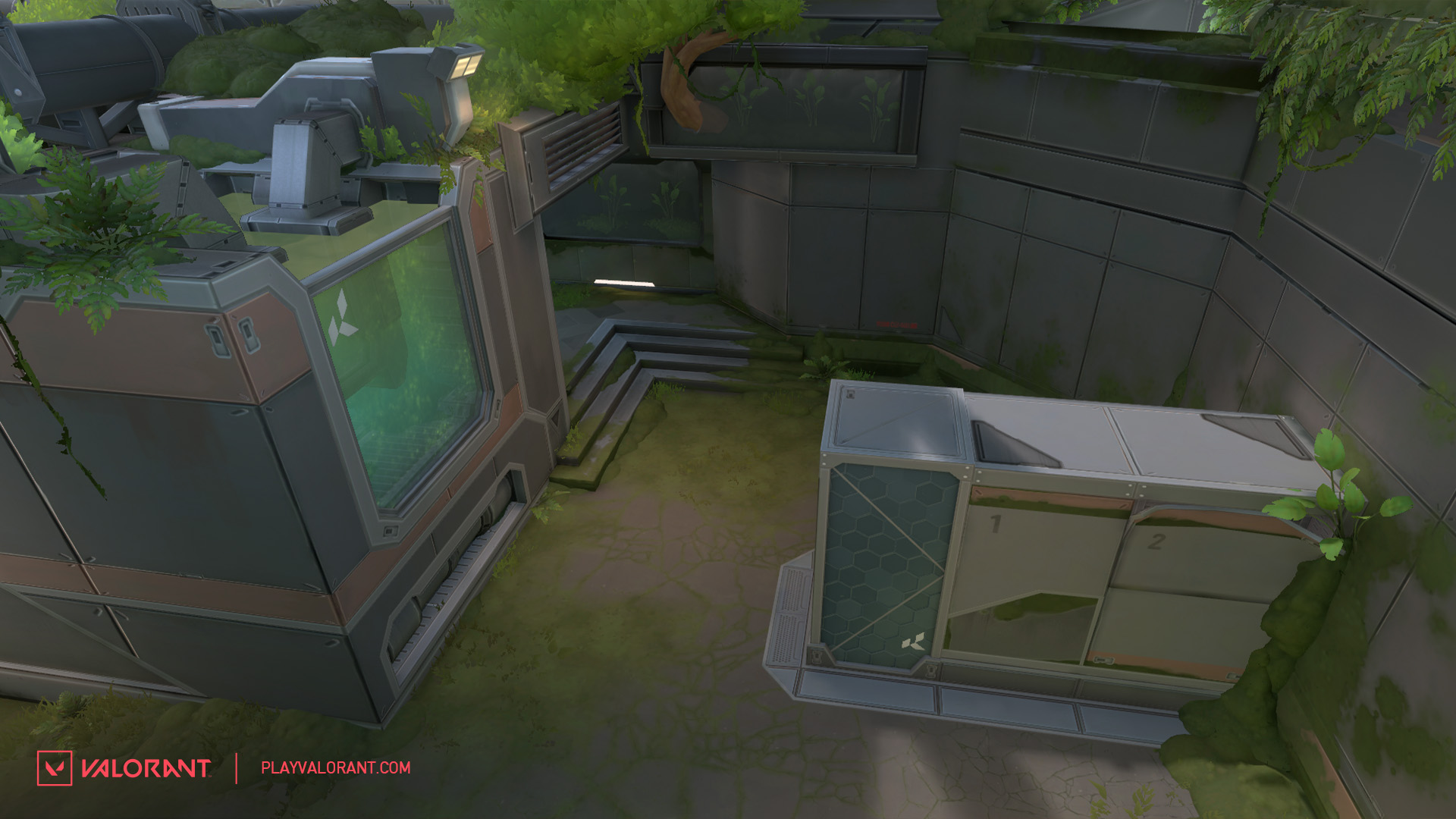 More noticeably, a corner has been removed in the Halls of A site, removing the opportunity for players to jiggle peek. 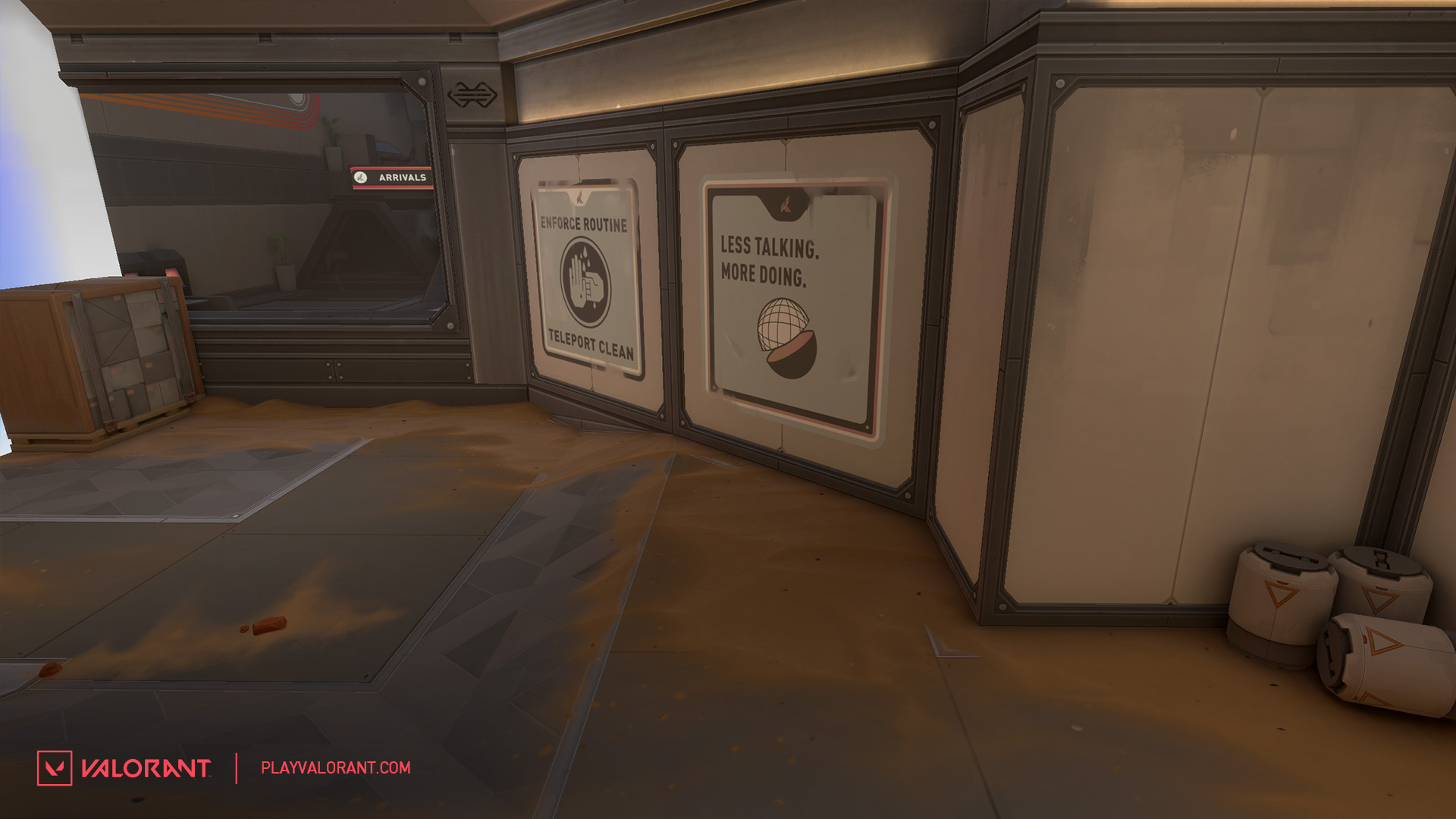 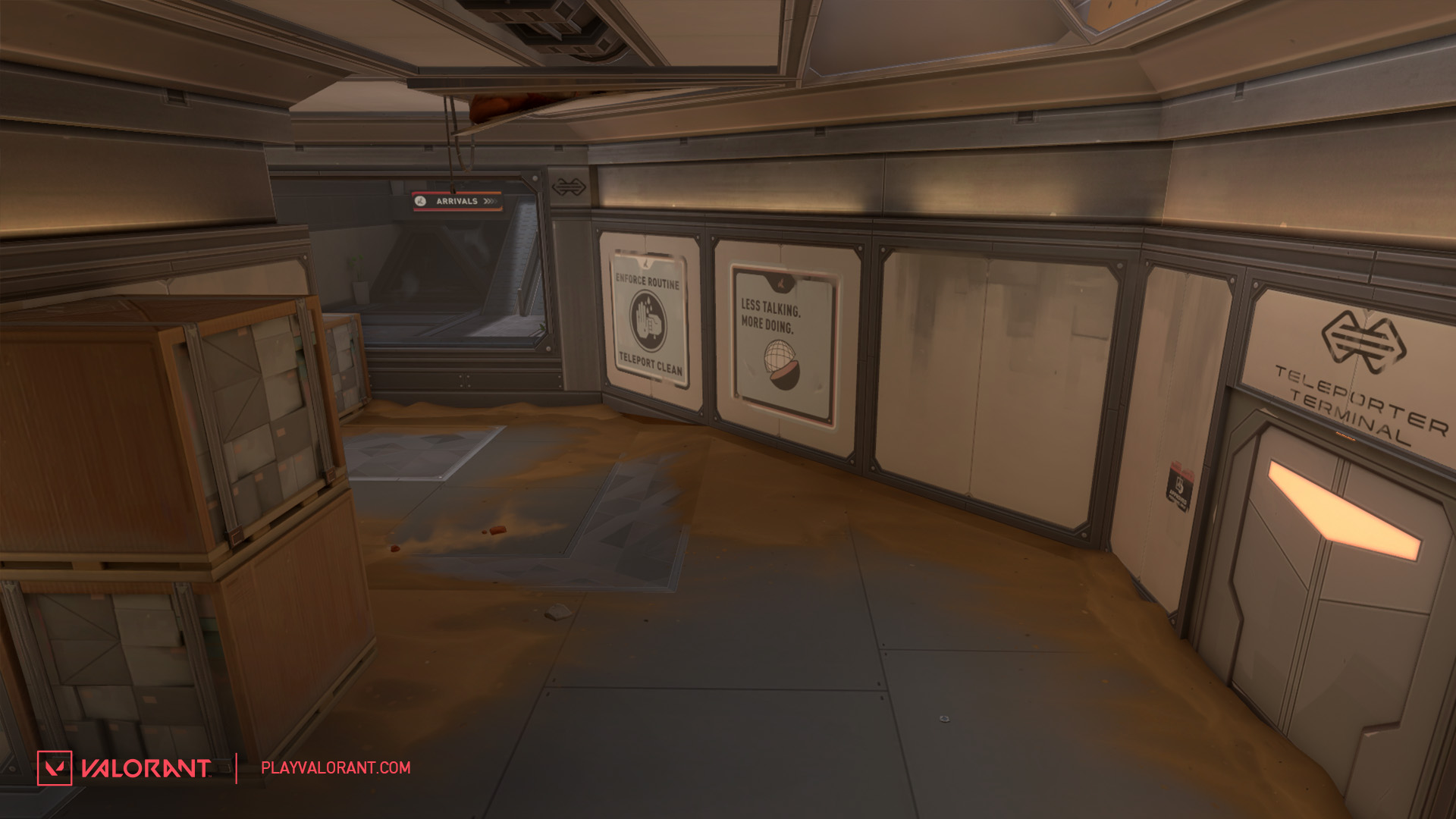 A Site: Slightly simplified the space to corroborate the overall changes to the surrounding areas. 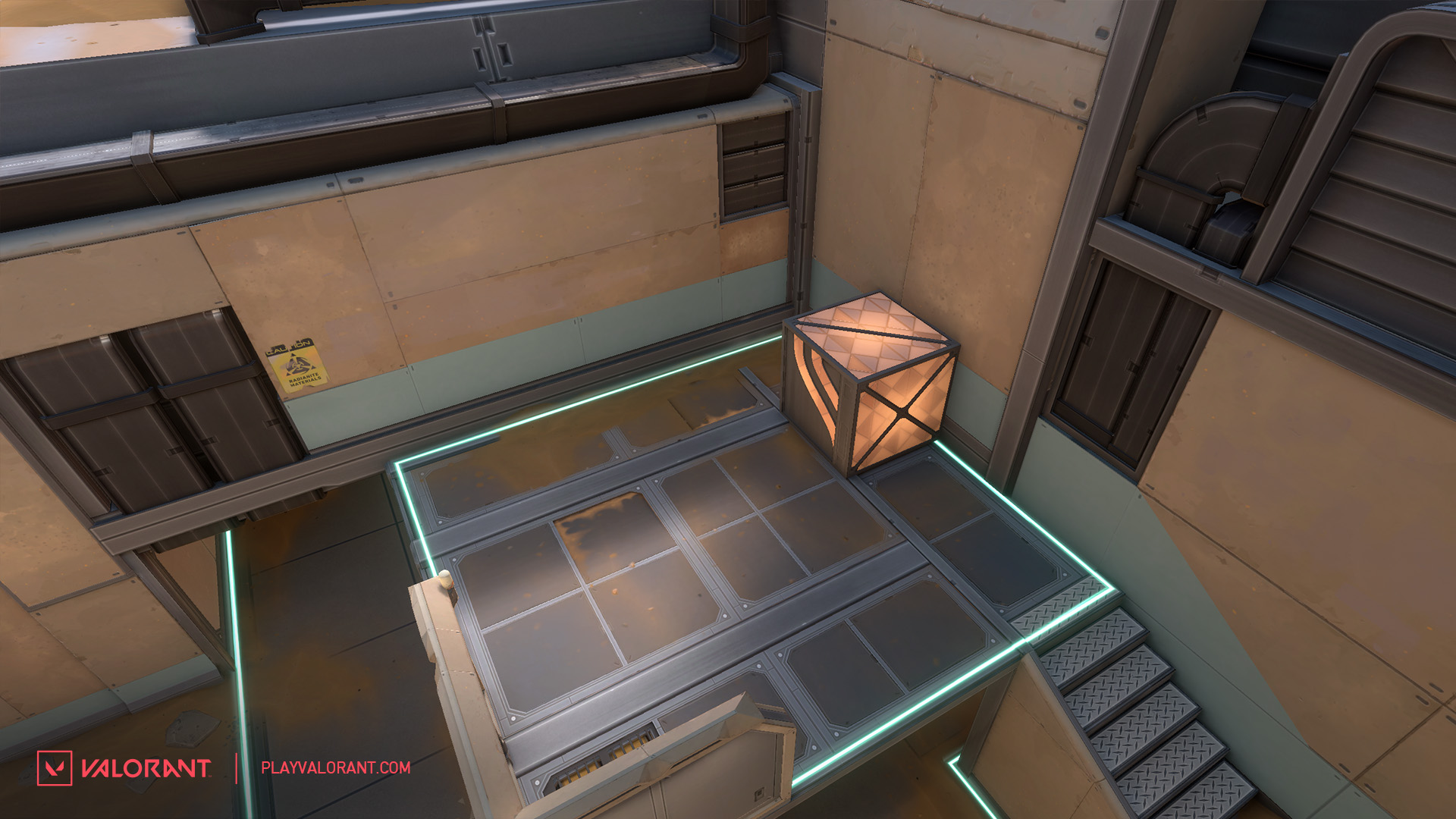 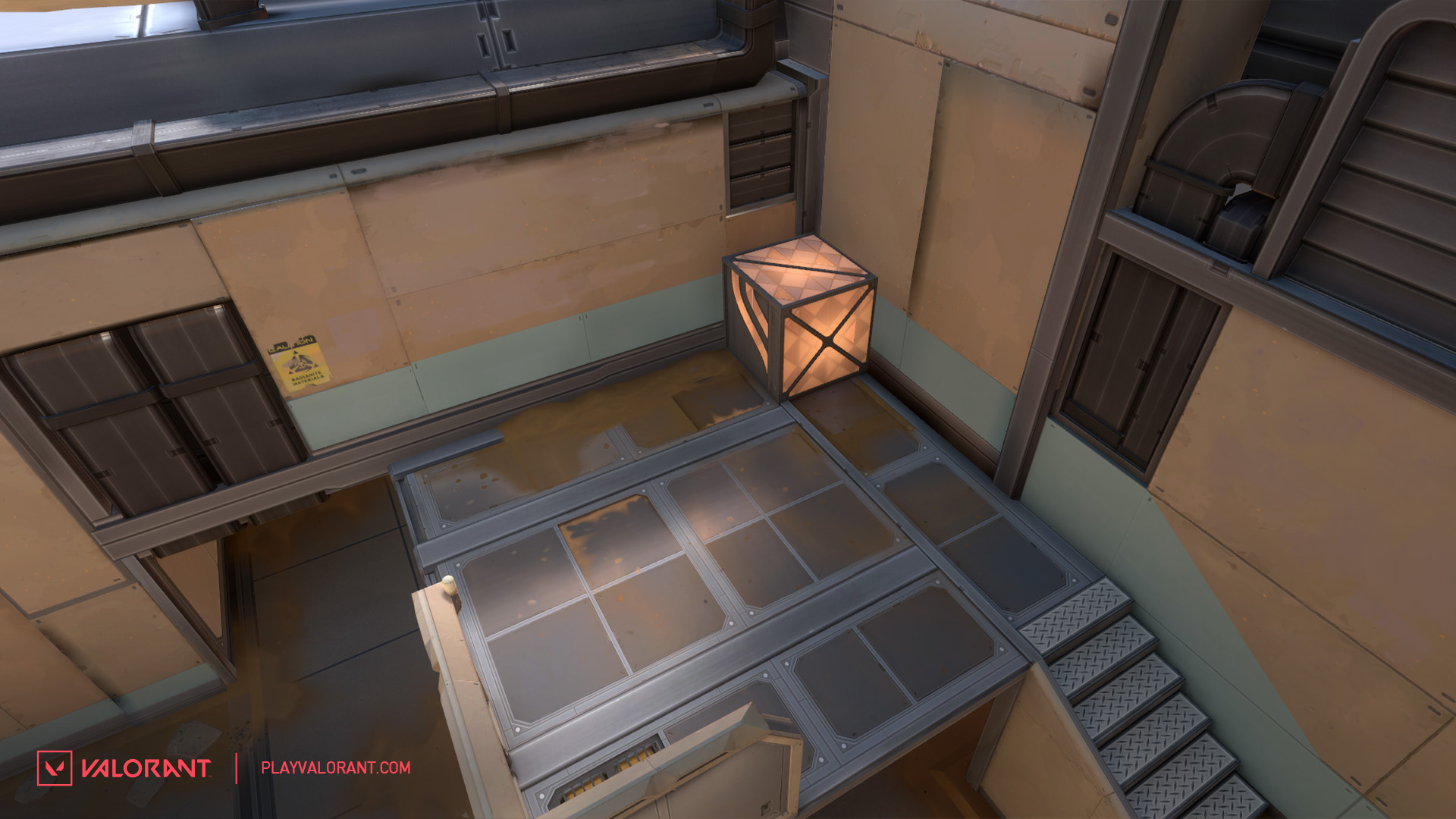 A Dish: The dish remains as it is but they’re cleared it from the path to make moving through this space more direct for both sides. We found trying to watch/control these spaces simultaneously was unnecessarily difficult for all. The team hopes the changes here and on A Drop will encourage everyone to use this route more often. 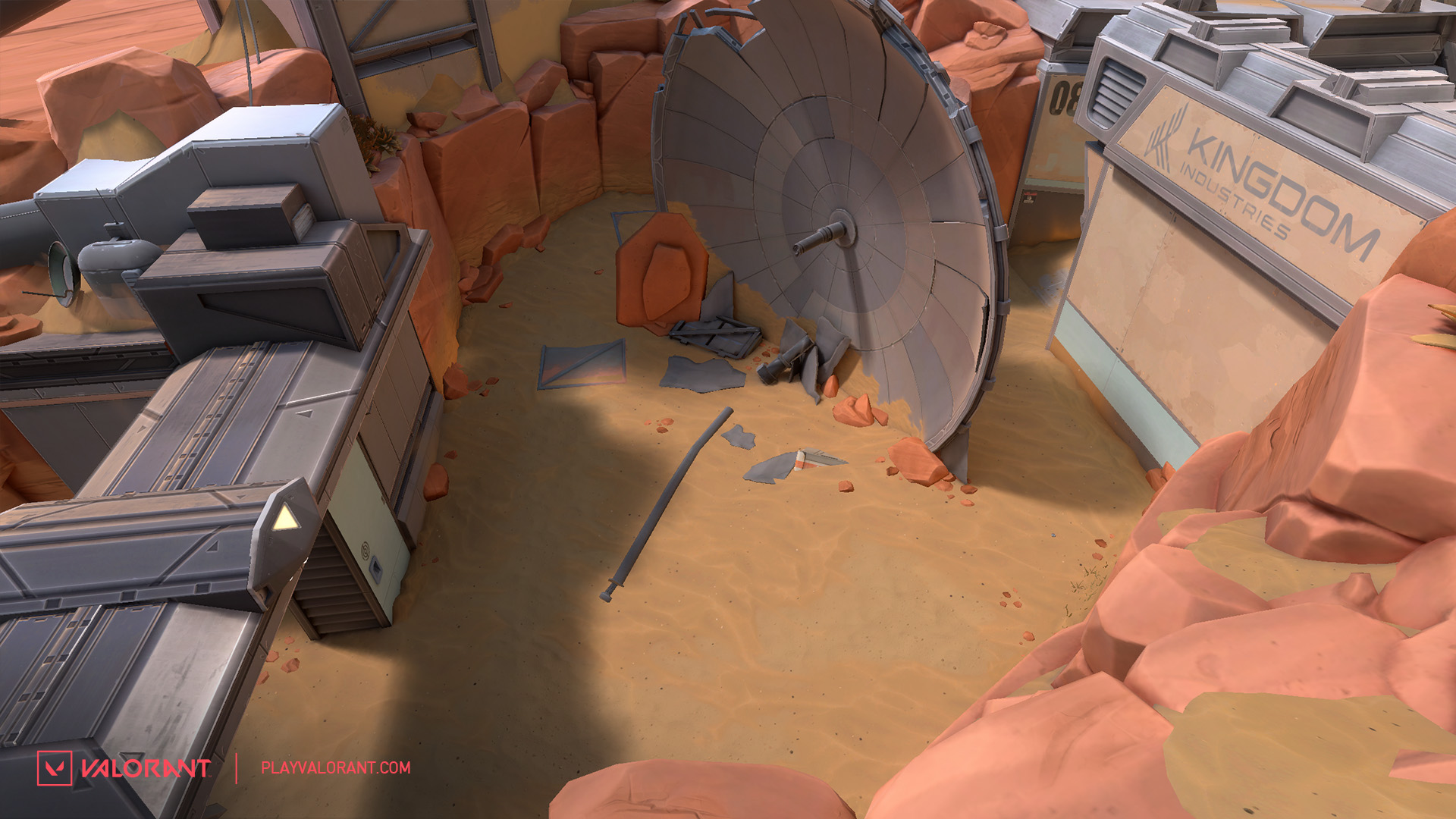 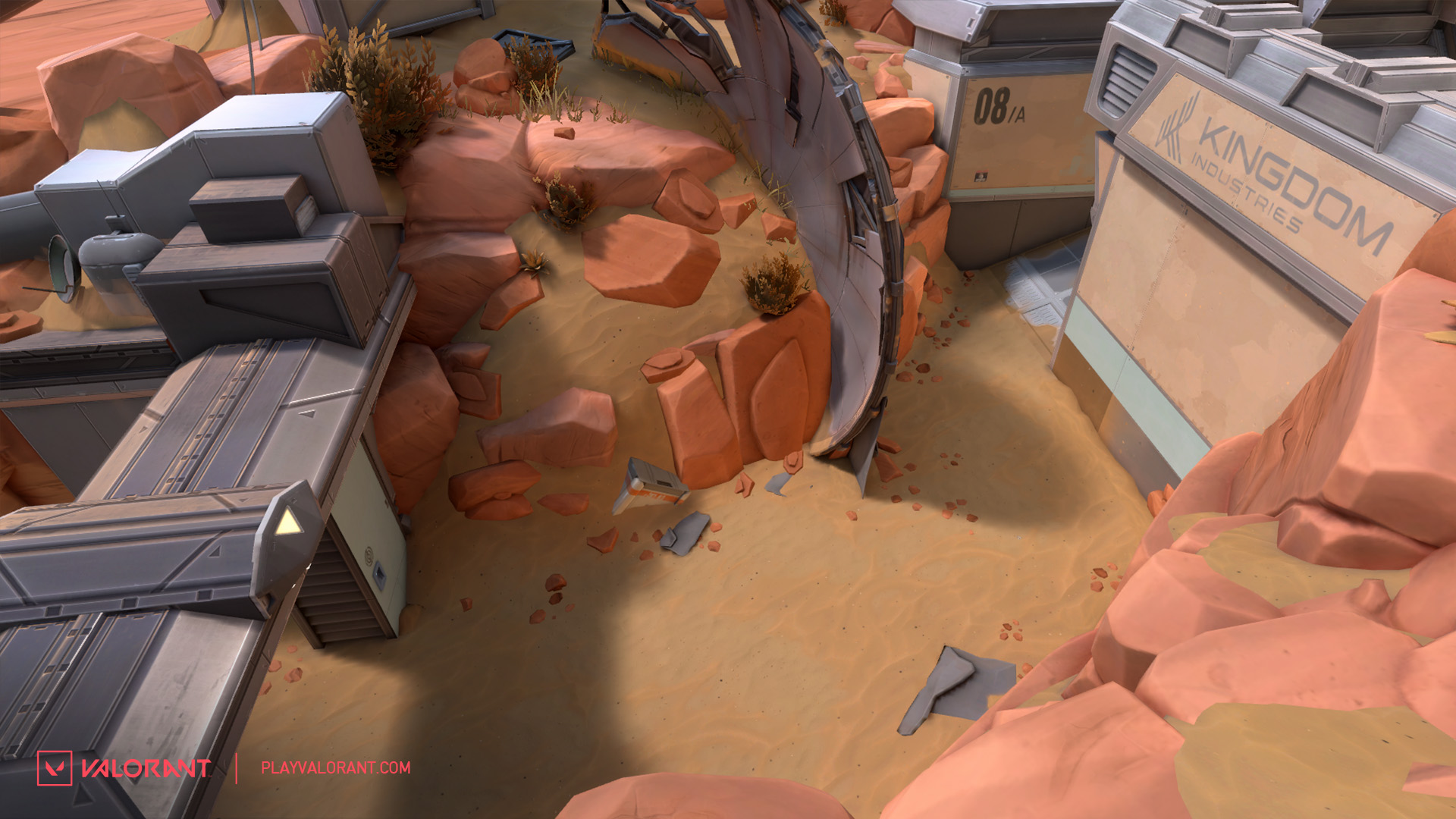 The below-mentioned updates are something that the Valorant dev team “wanted to make for a while just as much as the players wanted them.” Through the official blog post on the Riot’s official site, Manager of Game Production, Michael Worsham shed light also stated there’s still “so much more that we (the dev team) can do, like the inclusion of additional filtering options, a search function, expansion of the random feature to other content types, and more.”

The developer also revealed that players should expect the team to work on more features but would instead want to take some time to refine and test before deploying new features quickly. “The team shares the same belief as the rest of VALORANT: that the value of a “live service” game means we can develop with the player and improve over time. As we push forward with both Favorites, Filters, and Randomizer (along with other QoL) we’re taking this step-by-step approach. Give us your feedback so we can improve this game together.” stated Micah Worsham, Manager, Game Production

Players can now mark Favorites in Collection: These Favorite items will persist for the account until you change them and allow you to filter down to the items that represent your style best.

Added ability to equip a “Random Favorite” for every weapon type
Equipping this particular weapon will make it so that in each game you play, you get one of your favorite weapons (along with one of the variants you own) at random each time you enter a match.

Fixed an issue where KAY/O’s NULL/CMD disabled Killjoy’s Turret if the turret is hit by a pulse but Killjoy is not.
Killjoy’s Turret would no longer fire immediately after firing at an enemy and then losing sight of them.
Fixed the issue where Killjoy’s Turret would fire with no target when coming online if it was disabled while firing at a target.
The bug where Phoenix would not automatically re-equip a weapon at the end of Run It Back has been fixed.
Fixed an Breach’s Rolling Thunder showing dead enemies hit in the combat report.
Fixed issue where if a player was deafened by multiple sources, when the first deafen ended it removed the deafening effect completely.

Fans can view the complete list of changes to Fracture by clicking on the blog post at Riot’s official site here. Valorant Patch 5.07 is slated to hit servers on Wednesday, October 6.

For more Valorant news, including roster changes, in-game and competitive updates, follow us here on ESTNN