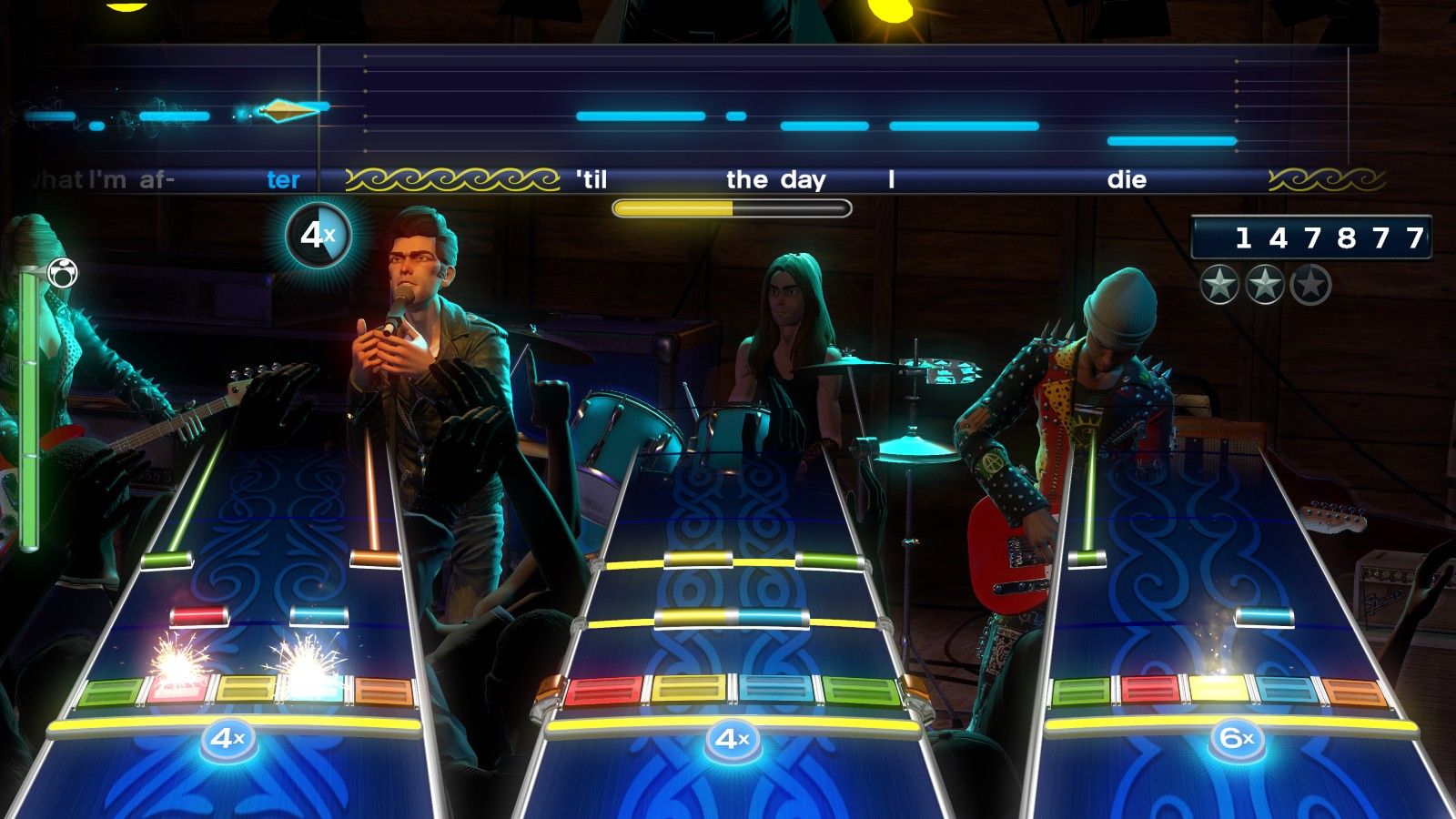 Rock Band 4 owners who have been waiting for a markdown in the Rivals DLC don’t have to wait for a sale anymore. Now, players who own the base game can get the expansion for free on a permanent basis.

Released in 2015, Rock Band 4 became a fan favorite due to its gameplay being similar to the first entry into the series. Shortly after the one-year anniversary of Rock Band 4’s release, Harmonix debuted the Rivals expansion pack that allowed players to take their musical talent online, forming crews and working together as a band. The expansion also included the story mode, Rockudrama.

Rivals initially cost $29.99 for Rock Band 4 players and stayed at that price point for the most part for several years outside of some temporary sales (though the Rock Band instruments remain hard to find). Now, that number is going to be $0 permanently for Rock Band 4 owners. For those that don’t own Rock Band 4, the full game with the Rivals DLC is heavily discounted permanently, as well. Harmonix announced that the bundle is now set at a base price of $39.99.

The price drop was part of the seventh-anniversary celebration of Rock Band 4 hitting stores. Rivals has 35 songs that are permanently added to playable songs at no additional charge for players. Meanwhile, the Rock Band store has over 2,500 songs to download at a price that typically ranges from $0.99 to $1.99 per song.

While Rock Band 4 doesn’t have the largest concurrent player count, it still has one of the most dedicated fan bases in all of gaming. Harmonix has routinely introduced two new DLC songs every week. This week, the game released both “Bombs Away” by Blastergun and “Die Out Here” by De’Wayne ft. Poorstacy.

It remains to be seen whether or not Rock Band 4 is the final entry into the series. With regular updates on a weekly basis and customer support being active online, many believe that a fifth entry is coming in the next year or two. The Rivals expansion becoming free on a permanent basis only fuels the rumors that Rock Band 5 has been in development for the next generation of consoles.

Even if there is no Rock Band 5 in the foreseeable future, the Rock Band 4 fanbase will keep the game going for years to come. The 15th anniversary of the original Rock Band is coming up on November 20th, 2007, which seems ripe for another big announcement from Harmonix.