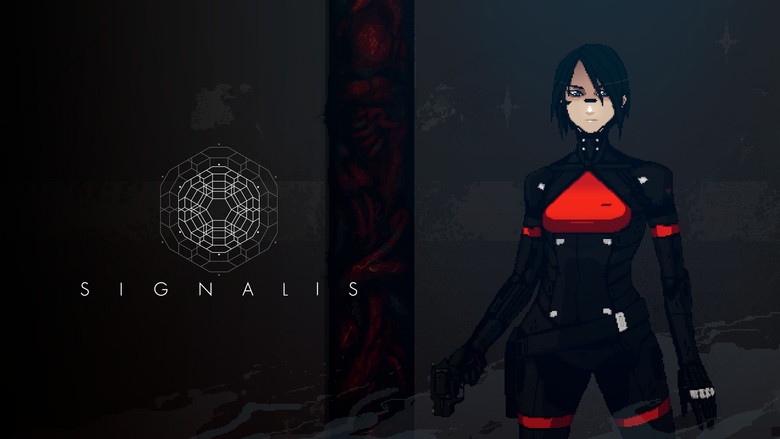 In gameplay and visuals, SIGNALIS is going to appeal to a very specific group of gamers. If you’re a fan of ‘classic’ survival horror titles from the late 90s, then you’ll very much appreciate the approach and mechanics of SIGNALIS. If you’re someone who finds beauty in the early polygonal games of the PlayStation 1, then SIGNALIS will be right up your alley. How many people are out there who fit into both of those categories? I happen to be one, but I fear I’m part of a very small minority.

I hope I’m 100% wrong about that, because if SIGNALIS goes ignored by the greater gaming collective, that’s going to be a real shame. While SIGNALIS doesn’t reinvent the wheel in terms of mechanics or graphics, it certainly pushes the genre forward with narrative. SIGNALIS comes at you hard with symbolism, mature themes, deep ideas, and an absolute ton of questions. It’s that journey of discovery SIGNALIS takes you on that makes the game more than worth a look, and it’s an experience I won’t soon forget.

SIGNALIS drops you into a confusing, uncomfortable situation right off the bat, and that ride never lets up. The game kicks off with the main character being stuck inside a derelict ship, and you’ll have to figure out how to escape. You have very little info on why the ship crashed, and more importantly, who you are. The only option is to push ahead by finding your way out of the ship, which soon leads you down what amounts to a literal and physical rabbit hole. From that point forward, SIGNALIS only gets wilder. 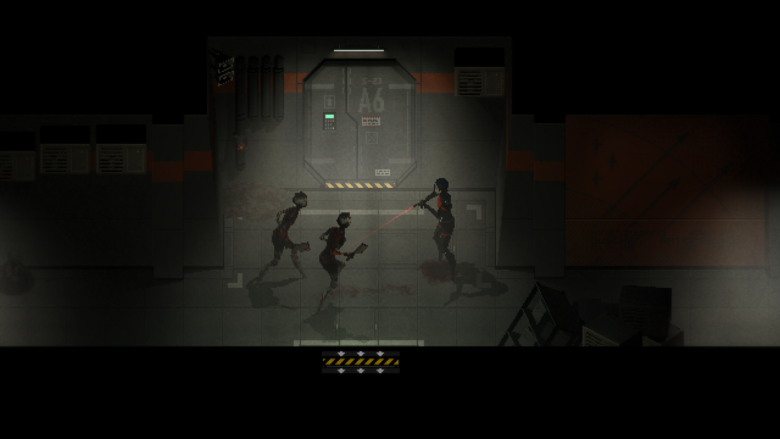 Is it too late to talk this out?

It’s pretty much impossible to talk about SIGNALIS without mentioning the games that inspired it, as they’re kings of the genre and directly responsible for this title. SIGNALIS simply wouldn’t exist without Resident Evil and Silent Hill before it. We’re not talking about modern-day entries in those franchises, but the earlier installments where the dev teams were still finding their footing. If you liked the puzzles of Resident Evil and Silent Hill, you’ll get much of the same ilk here (albeit more sophisticated, which I’ll get to later). If you miss the many static environments of Resident Evil and Silent Hill, SIGNALIS has those as well. Even combat feels pretty identical to classic installments in Capcom and Konami’s titles, and you can take that further by implementing a ‘Tank Controls’ option if you want. SIGNALIS, purely from a gameplay perspective, would fit in perfectly with the early days of survival horror.

That slavish adherence to the mechanics of Resident Evil and Silent Hill works for the most part, but there are some moments where you’ll wish more modern-day sensibilities were used. For example, SIGNALIS will force you to backtrack multiple times due to a very limited inventory. While you can store items in a universal box found in every save room, your on-person inventory is limited to just 6 spots. With all the puzzles you’ll come across, plus weapons, ammo, and health items, you’ll constantly have to juggle what’s on your person. There will be countless times where you don’t have what you need, so you’ll have to travel back to a save room. On top of that, it can become quite frustrating to find crucial items while exploring, yet you can’t pick them up due to a full inventory.

To a less bothersome extent are the classic sensibilities tied to combat. Ammo for weapons is quite limited, making every single bullet count. It’s never really a problem hitting enemies with your shots, as you have a handy reticle/sight that lets you know when you’re locked on to a target. That said, accidents will happen, and you’ll miss a handful of shots from time to time. Much worse is the fact that enemy bodies remain on the ground throughout the entire game, and they can reanimate as you’re backtracking. That means you’ll be firing off multiple rounds into the same enemy just to keep them down, or you’ll be forced to run or dodge your way past troublesome creatures. Thankfully, there are some disposable items that will put down enemies for good (flares, stun sticks and so on), but as you might expect, they’re quite limited as well. 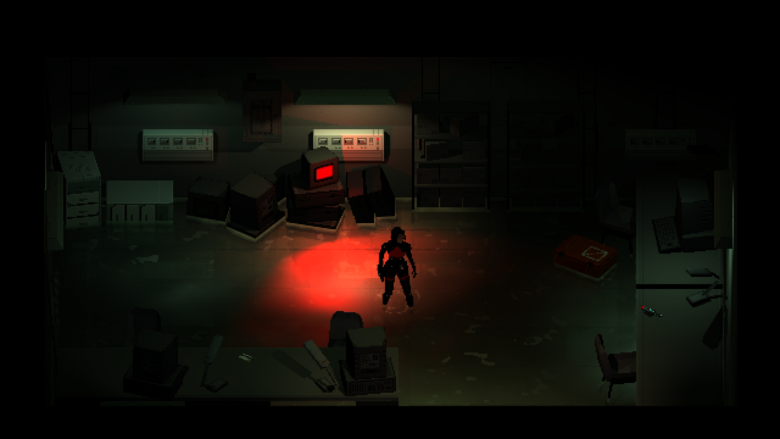 Even save rooms don’t feel safe

It’s important to recognize these aspects of SIGNALIS, as they are a huge part of the game’s DNA. These mechanics, which some might consider antiquated, were implemented here with painstaking care. All of the drawbacks and issues you experience along the way are 100% intentional. SIGNALIS doesn’t want to just look or feel like a classic survival horror game, it wants to be considered one. It aims to stand side-by-side with the legendary greats, albeit decades after they arrived. As long as you’re okay with those aspirations, then these ‘issues’ should be either expected at worst, or applauded at best. It’s just hard to tell if modern gamers who have no attachment to the original Resident Evil and Silent Hill releases will have the interest or patience in working with these design choices.

Even if those mechanics cause vexation, the story of SIGNALIS might be enough to help push less enthused gamers through. Much like the gameplay, SIGNALIS’ story requires patience. You’re going to be drip-fed details of a much greater picture, and not everything is going to come perfectly into view. Even when the game wraps its 10+ adventure, there will still be aspects that aren’t completely explained. That’s what makes SIGNALIS so interesting though. It clearly has multiple messages that it wants to convey and it does so in intricate fashion, but it’s left up to you to unravel some of the threads.

There are certainly cinematic releases that have inspired SIGNALIS, and again, people will be quick to call those out. SIGNALIS has taken cues from works like Twin Peaks, Neon Genesis Evangelion, Ghost in the Shell and many other famous creations, but those are all jumping points for SIGNALIS’ tale. Without getting into spoiler territory, SIGNALIS wants you to question major portions of your life. The idea of what it means to be human is explored to a great extent, as are other universal emotions like sadness, grief, anger, love and so much more. Just like in real life, there aren’t factual, 100% defined answers to these questions. SIGNALIS simply paints the canvas and lets you see things from multiple perspectives. SIGNALIS will very much make you think, and the questions it asks may keep you awake at night. 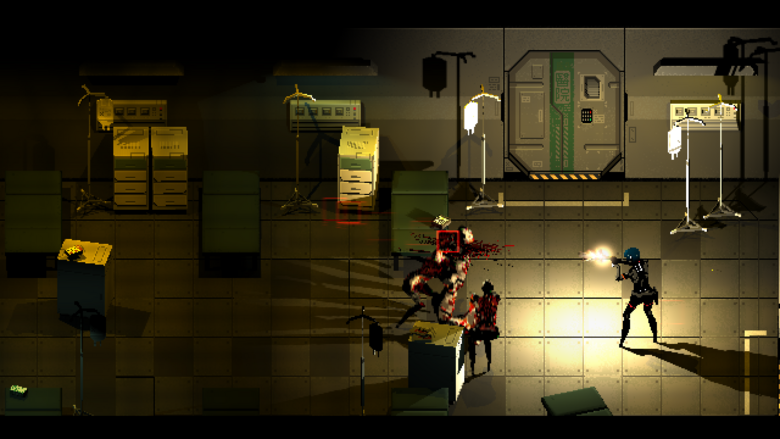 I’m sorry, am I interrupting something?

It’s definitely nice to have deep thoughts to ponder while you’re wandering through SIGNALIS, as anything that keeps your mind off the creepy atmosphere is welcome. While the game’s creatures are creepy as expected, it’s the fear of the unknown that keeps you on your toes. You never know what lurks around a corner, under a floor tile or down a dark hole, but you know it’s most likely not going to be good. More often than not, it’s the things out of sight in SIGNALIS that give you the sweats. A crash far off in a dimly lit hallway, the constant drone of worn-down machinery, and numerous moments of uncomfortable silence will mean you’re always on edge. I can’t think of a single jump scare in SIGNALIS, and the game doesn’t need them. Put on a pair of headphones and work your way through the game, and I guarantee you’ll be feeling unnerved the entire way through.

Hopefully you can keep your wits about you with the creepy atmosphere all around, as SIGNALIS packs in some very interesting puzzles. While the theme of these brain-teasers very much fits in with what classic Resident Evil and Silent Hill offered (random objects that hide strange artifacts/emblems/keys), their implementation feels much more interesting. SIGNALIS really makes you think with most of its puzzles, and a few will force you to sit back and ponder their solutions. You’ll encounter a fuse box where you have to tweak voltages, a microphone that needs a specific radio frequency, a star chart that needs deciphering, and much more.The best part about these puzzles is that you’re never left wondering what you need to do, but instead, how to do it.

There were so many times where I encountered a puzzle and was left baffled as to how to solve it. I knew I had all the pieces, but I just didn’t know how to put them together. I’d put the controller down and think about things for a while, try a few ideas, and then things would click. I’d have one idea that unlocked the whole thing, and then I was on my way to a solution. Resident Evil and Silent Hill never really had puzzles that made you feel smart for solving them, or to be honest, offered conundrums that were all that taxing. SIGNALIS wants to bombard you with moments that confuse, but lead to an epiphany soon thereafter. It happened time and time again here, and it felt amazing every single time. 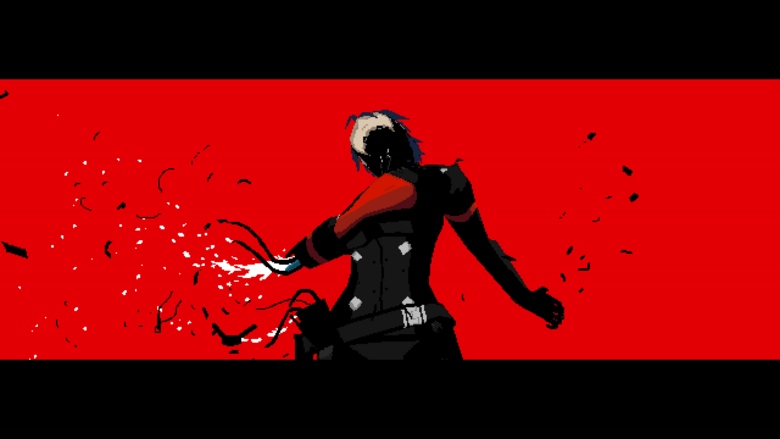 Epiphany is the perfect word to sum up SIGNALIS. I can only hope people are willing to take the journey, as it’s going to make you think about and see things in ways you never have. I know that was the case for me, and any game that can stir up those thoughts has the hallmarks of something great. Again, the gameplay and visuals are extremely evocative of a generation gone by, and while I absolutely adore that approach, I know it won’t be everyone’s cup of tea. For those who are willing to work with those features rather than against, SIGNALIS is more than worth the price of admission.