The crossover with the iconic RPG, RuneScape, will finally arrive to SMITE, bringing some new skins – and capes – with the new event!

Back in June, Hi-Rez Studios announced that the next Crossover Event in SMITE will be in collaboration with the game of our childhood, RuneScape – and after a few months, it’s finally arriving!

The official SMITE Youtube shared a video of the event, which brings the hit RPG game to the third-person MOBA made by Titan Forge. In the video, Goddess of War Bellona arrives in the world of RuneScape, and accepts a quest from a Wizard to save the iconic Gnome Child from the Black Dragon King. However, she needs some equipment, so she puts on the Rune Armor set, grabs her trusty Whip, and of course, the Armadyl Godsword. She then rescues the scared Gnome Child from the Dragon and saves the day! – as many players did in the glory days of RuneScape.

The event brings us 5 new skins, including King Black Dragon Cerberus, Rune Armor Bellona, Wise Old Man Merlin, Gnome Child Vamana and Blessed Dragonhide Neith. The videos also showcase the Capes, which you can earn by grinding the event quests – like in a true MMORPG. Players can unlock 69 capes on all of the skins, along with new music packs, cosmetic packs, and even the chat will look like the RuneScape one for the time being!

The exact details won’t be shared until the 9th of November 3PM Eastern Time, during the RuneScape Update Show on the official SMITE Twitch Channel. During the show, you will get to see the new event along with the next balance update of SMITE, and all the ways you can get the new capes from RuneScape! 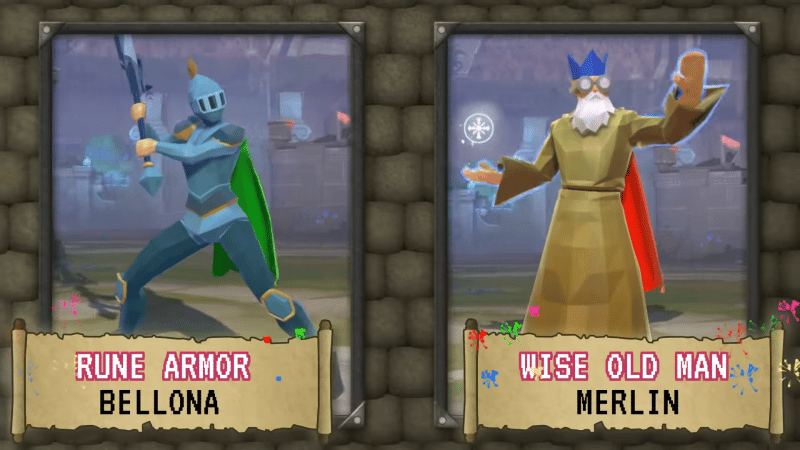 SMITE’s crossover events have been vastly popular, such as the Stranger Things, the Transformers, the Nickelodeon or the Avatar: The Last Airbender one, which has been brought back a couple times and even expanded on even after the event has ended, bringing Uncle Iroh Bacchus into the game. And with the SMITE X RuneScape event boasting about MMORPG grinding, maybe Titan Forge will bring back the Dungeon mode – something the players have asked for countless times. 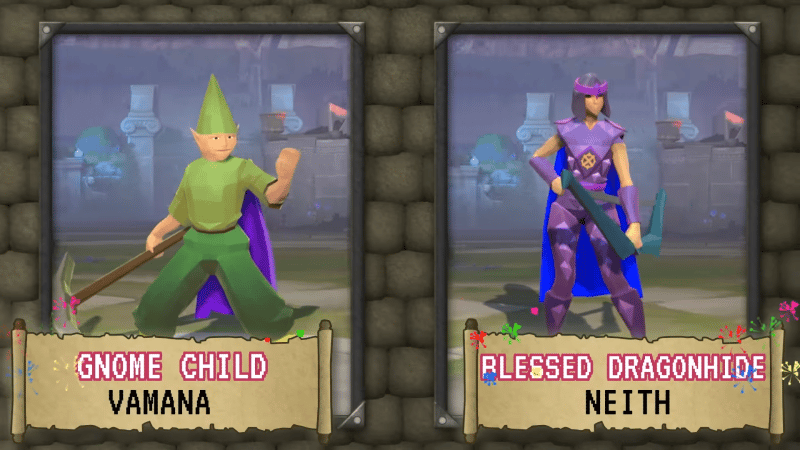 Don’t miss the chance to get the new skins – especially the Skin of the Year, Gnome Child Vamana – and other goodies in the RuneScape Crossover, which arrives to SMITE on the 15th of November!