When black cats prowl and pumpkins gleam, may luck be yours on Halloween.

Creatures of the night rejoice! Overwatch 2’s first-ever, limited-time holiday event has given fans new skins to play around with, and they look deliciously villainous. Over its 6-year run, event skins and spooky collectibles usually came in Overwatch’s lootbox drops. But for better or worse, the Blizzard title’s shift to a Battle Pass system introduced changes around the game that lent this year’s “Halloween Terror” event a distinct feel.

Cosmetics that come with the spooky season’s event include:

New cosmetic bundles have also made their way to the in-game shop. This seemed to have left a bitter taste in the playerbase’s mouth as a large portion of Overwatch fans were strongly against what they felt to be overpriced skins.

Fans who were disappointed in Overwatch 2’s rocky first week will still get a new Reaper skin and a healthpack weapon charm completely free of charge, as promised by the developers. This comes with the double match XP weekend that will run from October 28-31. Even though many of the players have repeatedly asked for more in-game currency instead, something’s better than nothing! Everyone that logs in at the start of the seasonal event up til the end of Season 1 will be eligible for the consolatory cosmetics.

Some of the limited-time skins can only be earned by linking your Battlenet account with your Twitch, which has caused a bit of a stir in the community! To get the “Werewolf Winston” Legendary Skin, you’ll need to watch up to 4 hours of gameplay from Overwatch 2 streamers with their Twitch drops enabled. You’ll only need to watch 2 hours for the “Werewolf Winston” spray collectible, which is quite an undertaking even for the most stalwart of fans. If you’re participating, make sure to log in again if you changed your password credentials since the last campaign so that you won’t miss any of the rewards! 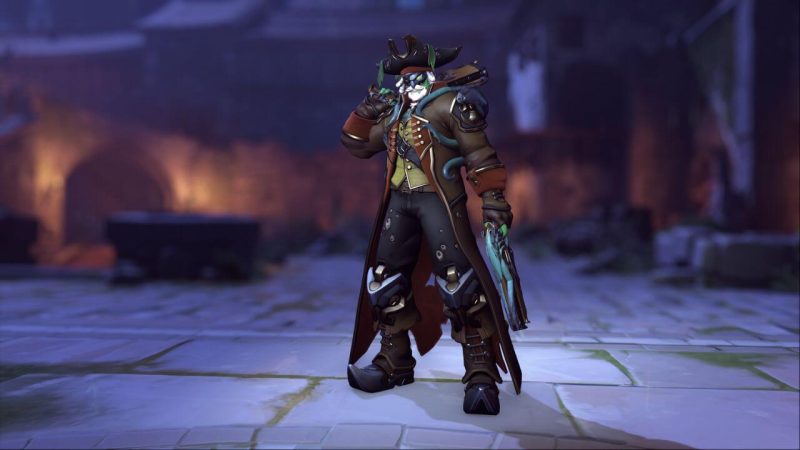 Along with this year’s Halloween celebration is a co-op PvE mode titled “Junkenstein’s Revenge: Wrath of the Bride” where players can play as Sojourn, Kiriko, Junkerqueen, or Ashe. In this follow-up to the last “Dr. Junkenstein” storyline, the players are tasked with stopping “The Bride” who unleashes her minions to exact revenge upon her creator’s enemies. “Zomnics” and Banshees alike promise to delight and terrify with feverish abandon — will you brave their onslaught?

Event achievements also give players rewards upon completion. Halloween-specific voice lines, weapon charms, and sprays all become available thru either seasonal challenges and Twitch drops. Make the most out of this year’s “Halloween Terror” event by grouping up with friends and tearing through these ghoulish objectives in “Wrath of the Bride”!

For more updates on all things Overwatch, follow ESTNN.