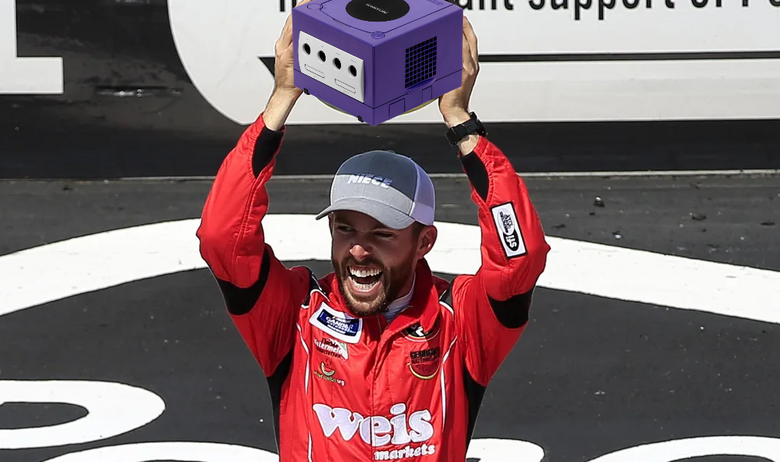 NASCAR driver Ross Chastain just secured himself a spot in the NASCAR Cup Series championship race, and according to him, it’s all thanks to NASCAR 2005 on the GameCube.

In the final moments of his most recent race, Chastain had to make a move in order to secure himself a spot in the NASCAR Cup Series. You can see the move Chastain pulled in the video above, which shows him wall-riding into a position high enough to progress to the championships. It’s no doubt a move many of us have used in all sorts of racing games, but in this instance, it paid off big in a real-life way.

When Chastain was interviewed about his amazing maneuver, he was quick to credit NASCAR 2005 on the GameCube with the idea. Apparently it’s a stunt he pulled multiple times in that game to secure victory, and now we’ve seen it translate to real-life. Who said videogames are unrealistic?!

Best of all, the subtitle for NASCAR 2005 was ‘Chase for the Cup,’ which is exactly what Chastain was doing. Man, you can’t make this stuff up!

Thanks to Andreslop24 for the heads up!