MultiVersus is one of the hottest fighting game releases of the year. So far, though, we’ve been limited to casual matches. Unless you were on a level to compete in MultiVersus esports, it’s just been standard matchmaking so far. That’s changed. MultiVersus ranked mode is here.

Most fighting games in this style are most fun once they get a Ranked mode. Casual play is cool and necessary to learn the game. However, testing your skill one-on-one (or two-on-two) is the real test of a player’s skill in a fighter. Even with online constraining things, ranked is better than a casual game. It’s the best measure of how you compare up. The MultiVersus Ranked mode has hit the game with update 1.06.

The ranked mode is kicking off with a limited-time alpha. This will give players the chance to test it out and even earn some rewards. This is how MultiVersus ranked mode is going to work and what to expect.

The Multiversus ranked mode is hitting the game during early access but not quite in full. It’s going to be a limited-time test for the upcoming ranked mode. As this is still Early Access, testing out features like this helps developers to fine-tune the final product to what fans enjoy.

It might only be here for a little while, but there is finally a MultiVersus ranked mode! This is going to be a limited-time thing, but it’s likely to be followed by a wider release. As MultiVersus approaches a new season, it looks like it is going to be expanding significantly.

The MultiVersus Ranked mode alpha is going to include rewards you can earn, and multiple different ways to play or competitive modes. Players have a limited time to test this out. Although, getting to a high rank in this smaller beta is definitely going to be its own achievement. This is how it’s going to work:

First, there’s one-on-one. This is the standard mode for most fighting games, a solo test of sill alone. For most fighters, this is the be-all and end-all of competitive play. MultiVersus is fun in this category, but it isn’t the headline event.

MultiVersus is probably better known for its team battles. This is going to be a big part of MultiVersus ranked mode. The two-v-two mode will have its own competitive side. These fights don’t seem to be tied to a specific Duo. Although, it makes sense to try and play together, so you don’t end up in separate ranks.

It seems like the ranks are going to be tracked separately for each mode. Once the mode launches in full, getting to the top rank in both will be quite the challenge. 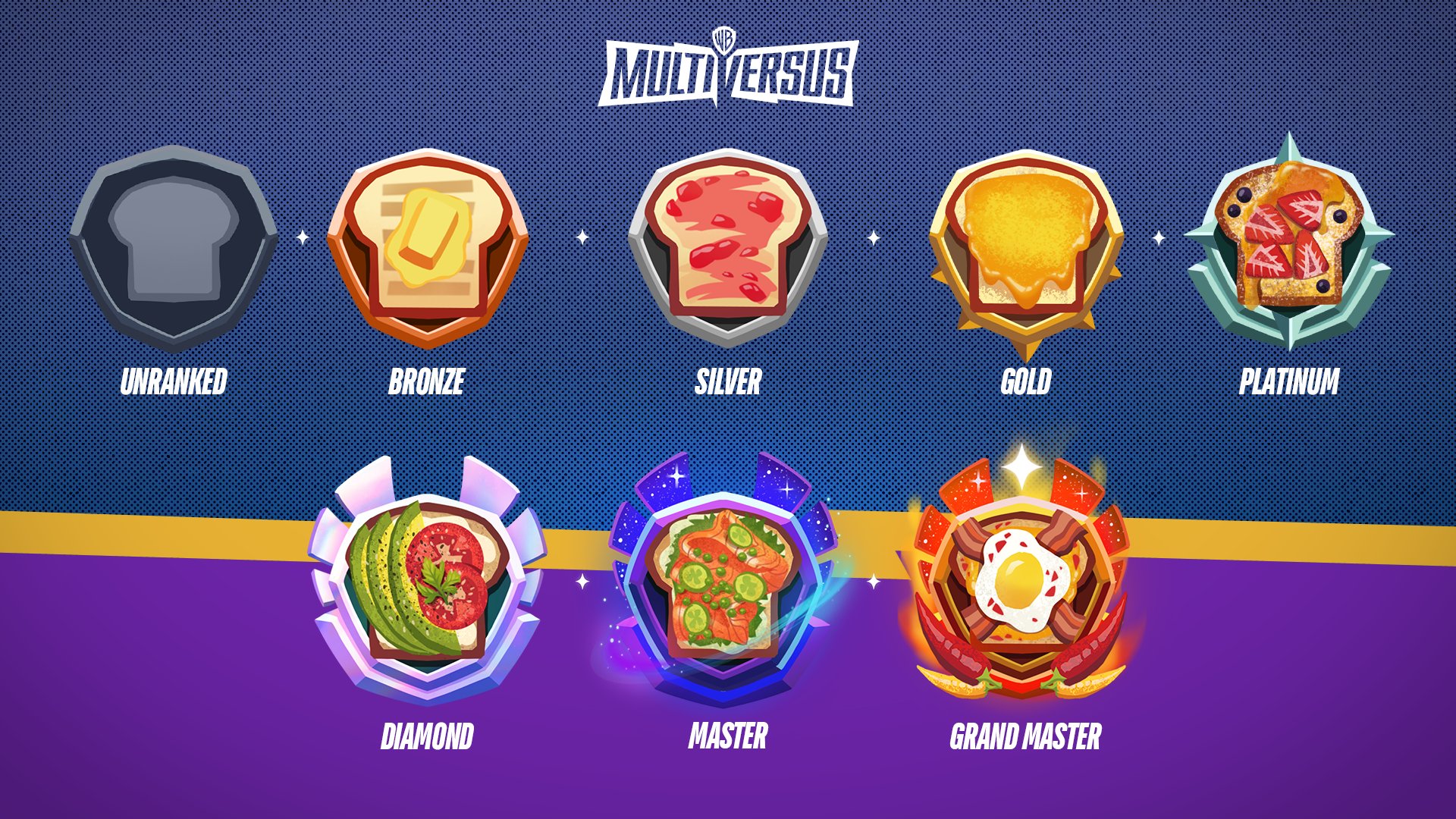 There are going to be eight ranks in all for the MultiVersus Ranked mode. These will be divided into five divisions. Players will have to earn stars to climb up the ranks. As they increase in ranking, they’ll face stronger and stronger opponents.

This type of ranked mode really helps matchmaking in fighting games. Grading players on wins and loses means it’s easy to determine what other players are close enough to them in skill level. This can often make Ranked the most fun mode in these games. It’s usually a chance to face someone roughly on your skill level.

Although, there are always players who cheese their way up with frustrating tactics. MultiVersus might get its own cheese character playstyles with the addition of Ranked. At the moment, nothing seems too exploitable, though. With the limited run at the moment, developers can probably work out the kinks. This should prevent problems like Smash’s preferred rules that allow players to cheese a win than run on single-stock rulesets.

These are the ranks we’ve seen for the MultiVersus Ranked mode.

The names are roughly in line with what you’ll see in other games’ ranked modes. Grandmaster is often the highest title in games like Overwatch ranked. These are titles that roughly indicate where you sit. The icons for these ranks all seem to be toast, but with grander and grander toppings depending on where you’re sat.

How Do You Go Up Ranks in MultiVersus?

The MultiVersus ranked mode is based on your performance across matches, like most games though it has a way of quantifying that. Players can earn ranked points in-game, which will help them to rise up the rankings. This isn’t broken down into the most detail. However, you’ll gain ranked points at the end of each match which could move you further up the ladder.

The MultiVersus Ranked mode is currently in an early release or alpha. Players will have a solid week to play through the game’s competitive mode. Most players expected the release with Season 2 after some delays, but it has actually come a little early.

This Ranked Mode is going to be available in-game until November 15. Players will have this time to try and grab a higher rank in-game. This isn’t really long enough for most to judge their performance. Although, progress could roll over to the full release.

This is an early test. When can we expect the full MultiVersus Ranked mode? It might be a while longer. After this one-week test, there will be a period where developers can adjust the mode depending on how it played out. We can probably expect a full release sometime during MultiVersus Season 2. 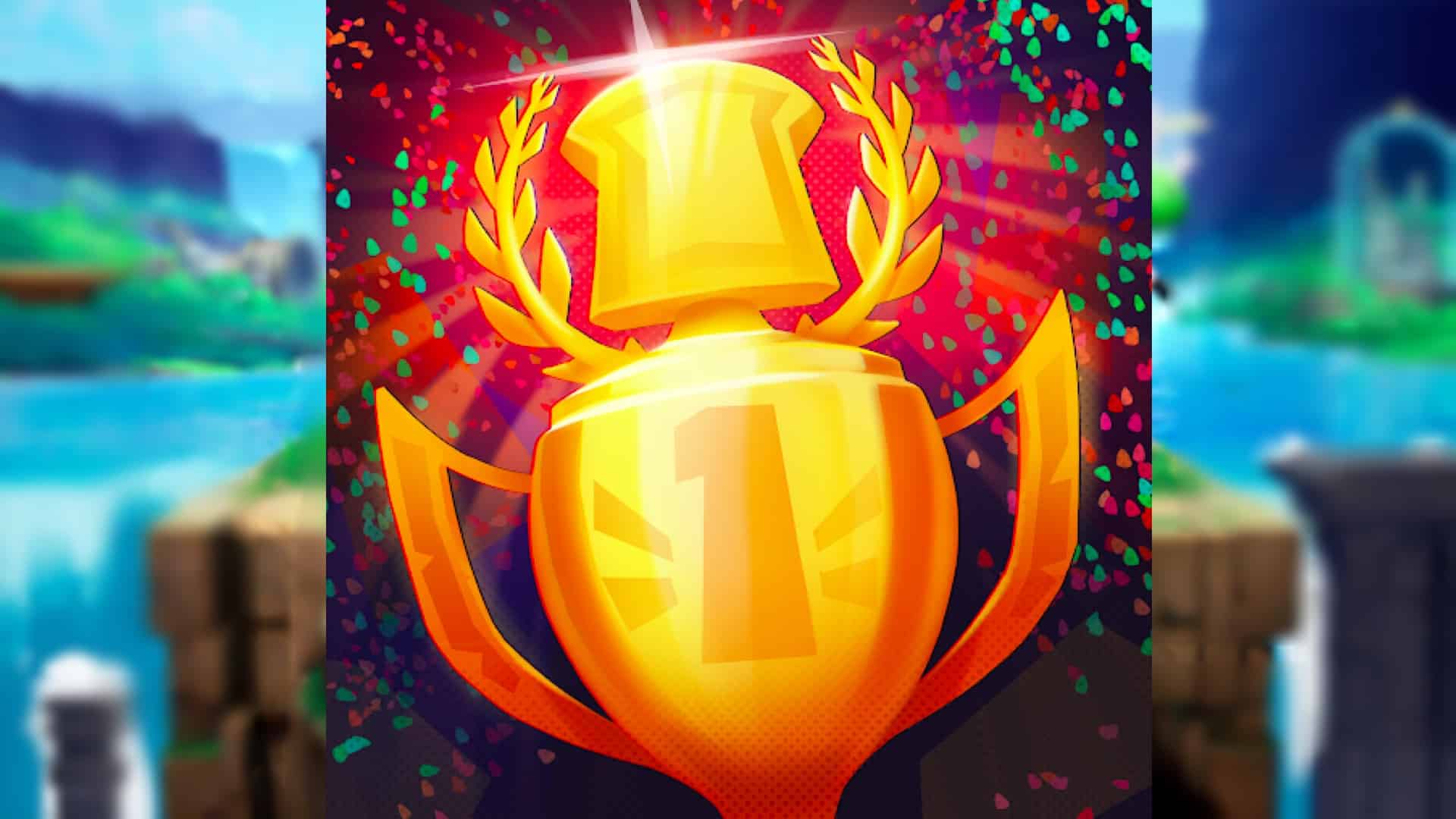 For taking part in this early test for MultiVersus Ranked mode, players are going to be rewarded with a special icon. Those who manage to win 15 different ranked sets during the Alpha period will walk away with a special profile icon. This is “Triumphant Toast Alpha”. It nicely ties in with the overall theme of the Ranked mode, keeping to that toast aesthetic.

The MultiVersus Ranked mode’s early test has definitely got players excited for the full release. With this already looking pretty fleshed out, we likely don’t have long to wait before we get the full drop of the title’s competitive mode.