Home Videos How to Unlock All Overwatch 1 Heroes


Overwatch 2 has launched with some exciting new Heroes, like Kiriko and the new tank. But players will likely have to make use of plenty of the Overwatch 1 heroes if they want to play to the meta and always get a good pick on the hero select.

Controversially, these Overwatch 2 heroes aren’t all unlocked from the get-go. You’ll have to unlock all Overwatch 1 heroes before you can play through all of them.

If you’re trying to play the meta and the top Overwatch 2 heroes right off the bat, you’re going to hit some problems. To unlock all Overwatch 1 heroes, you need to be willing to take a bit of time. Some of them have some substantial unlock requirements. Although others are going to be accessible from when you first boot up the game.

If you want to make sure you can always pick the Hero that your team needs, working through the methods to unlock all Overwatch 1 heroes is going to go a long way to set you up for that. This is how you can unlock every classic hero in Overwatch 2.

How to Unlock All Overwatch 1 Heroes

Which Heroes Are Already Unlocked for New Players?

While you have to unlock some heroes, not all are sealed away at first. There are 13 different heroes available from the moment you start up the game, which should give players some opportunity to try out different playstyles. The 13 instantly available heroes aren’t the best spread in terms of variety, but they do give you a few options between different ways to play. Before you get to unlock all Overwatch 1 heroes in the rest of the roster, you have these choices to go through.

These are the 13 you have at first:

The Tanks in Overwatch have a few options at first. This does end up feeling like a wider choice in most games, though. There’s only one tank character in each game now. While there are only four options for characters, you get your pick of the 4 in every game. These are the Heroes:

The damage hero category is the biggest in the game. As you might guess, it has the most characters available off the bat too. You don’t have to unlock all Overwatch 1 heroes to get a good option for DPS.

The characters here range from more classic shooter-style gameplay with Soldier 76, snipers like Widowmaker, and Tracerwho has some of the more uniquely Overwatch mechanics.

These are the options in this category. To say that there are two support players in each game, a pick between three characters isn’t great. This is a category that doesn’t have the wide roster of characters as others. It might also be kept low to keep players motivated on that Battle Pass and grinding the weekly challenges to unlock Kiriko in Overwatch 2.

These are your options for Support.

Those are the 13 characters everyone gets to start with. However, to unlock all Overwatch 1 heroes, you’re going to be able to get a lot more choices in how you play.

How to Unlock All Overwatch 1 Heroes 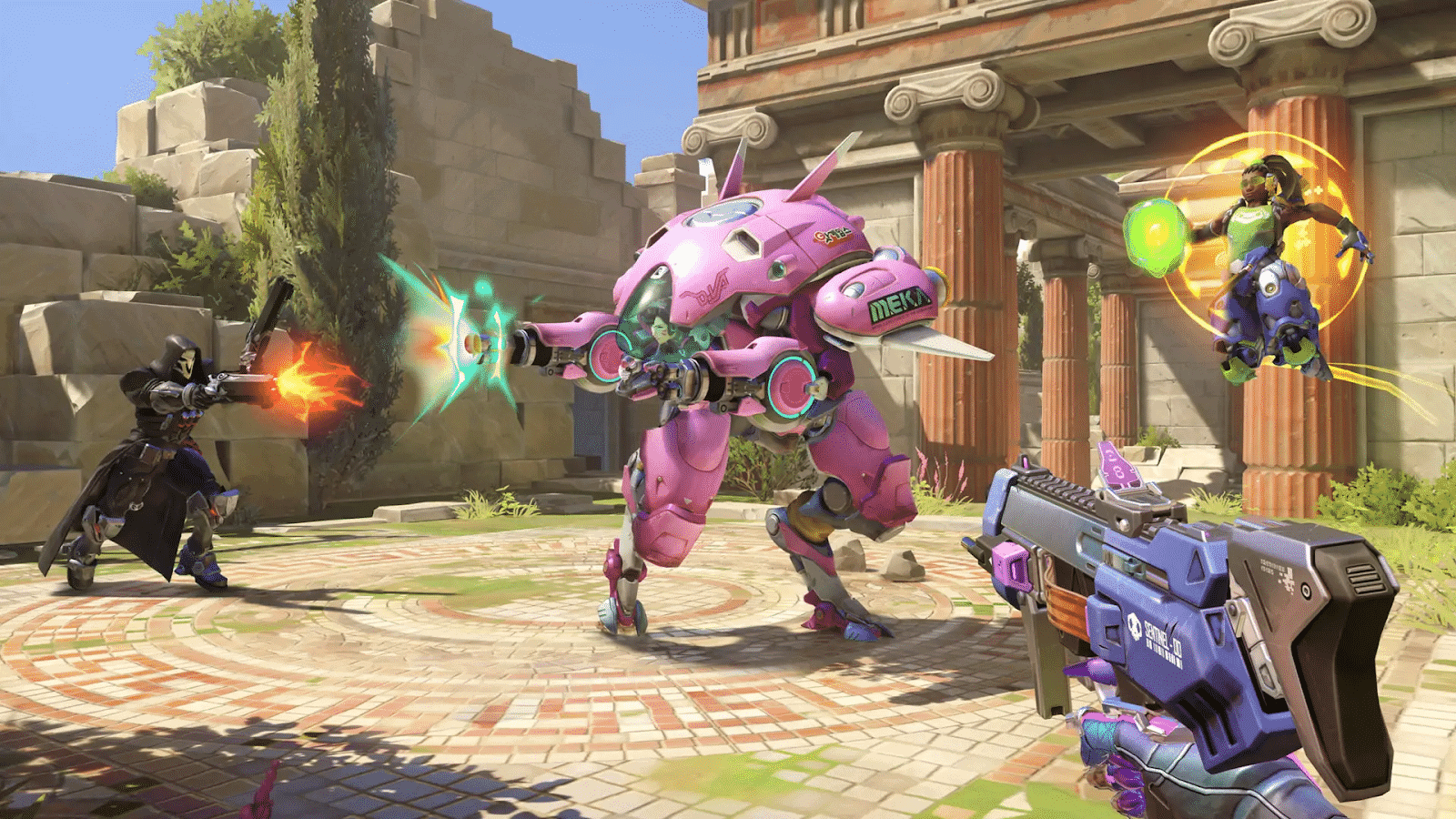 The starting 13 are fun, but really, you’ll want the full roster pretty quickly. The rest of the characters are all locked behind specific quests and goals in game. At least that’s how it seems, with you having to look at each character individually to see how it opens up. Although, the quests are simpler.

To unlock all Overwatch 1 heroes, there is really just a progress bar. You will have to play matches to unlock the heroes. That’s it. You get Genji after your first game. Then through 150 games, you’ll eventually unlock all of them. It’s not the most creative structure for unlocking stuff, but it kind of works.

Players will have to play quite a lot of games if they want to get all of the heroes. There are some tips to unlock all Overwatch 1 heroes quickly, though. These are the progress walls between you and unlocking all Overwatch heroes:

How to Unlock All Overwatch 1 Heroes Quickly

Since these are basically just locked behind an experience wall, there isn’t the most you can do to speed things up. A match lasts as long as a match does. How can you speed that up? There are some things to keep in mind for getting through this as quickly as you can.

Since all of these are unlocked by putting in the hours getting games, you’ll want to focus exclusively on matches that qualify. You won’t get credit in these quests for matches played in fan-created side games. It is probably best to stick to Quick Play and try to get through matches. This is the main tip for going fast. You need to lock up enough raw matches.

It doesn’t matter if you stick to one hero or not. You can also try and make sure you’re queuing with the shortest queue time role. Often, that’s support. You could play through multiple support matches before other roles have found a game at certain times. This cuts down on waiting and helps you unlock all Overwatch 1 heroes quicker. 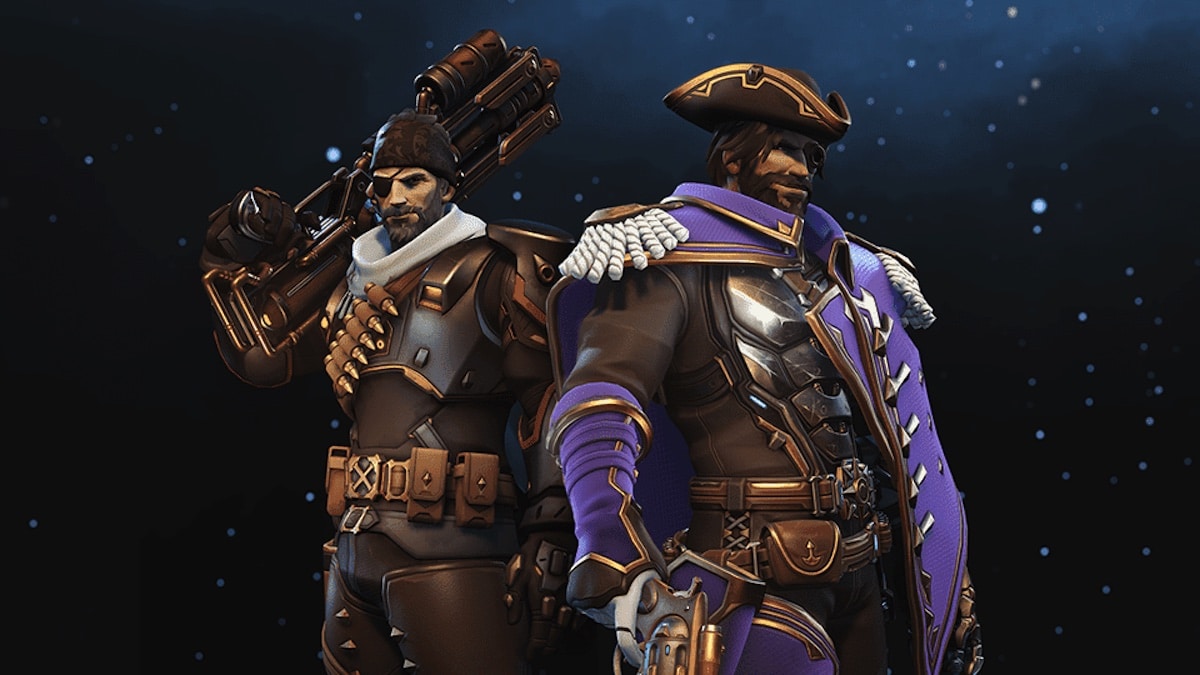 One way to grab all the Heroes is the Watchpoint pack. Although, given how costly the OW 2 cosmetics are for what you’re actually receiving, this plan isn’t going to work for everyone. If you do just want to buy your way into getting all of the heroes, then the Watchpoint pack works.

This method also auto-unlocks Kiriko, the new Support hero. You won’t have to grind up to most of the way through the Battle Pass to get the newest Hero. Although, the pack probably won’t unlock the next new Hero instantly, so in Season 2, you’ll still need to grind.

It is probably a method that players can avoid, though, unless they’re really set on spending money on Overwatch 2.

Those are the two ways to unlock all Overwatch 1 heroes. It’s a bit of a grind, but once you get the full roster, you’re getting a lot more out of the game.