This is everything that’s changed with Fortnite V22.20 and Fortnitemares 2022

The latest Fortnite update has hit the game! Fortnite V22.20 brings Fortnitemares back to the game, along with a new Halloween Zero Builds mode. There’s new content in the game that will change things up for the core Battle Royale. There are also free cosmetics added too, including a rare, entirely free Fortnite skin.

The new update is more than just Fortnitemares. It has also brought two new crossover skins into the game. Along with a whole new monstrous mechanic and LTMs for players to jump into. There are numerous new ways to complete quests for free cosmetics too. This is everything that’s changed and what’s new in the Fortnite V22.20 update:

The newest Fortnite patch has brought the Halloween event back to the game. The core game mode is changing over to Fortnitemares. This means there will be changes to the map, loot pool, and even core mechanics while the event is running.

Like in past years, players will be able to take a ghost-like form in the game. Fortnitemares is a fun twist on the normal Battle Royale. It’s only around for a few weeks a year. So make sure you’re getting your fill! There are also special quests tied to some of the new mechanics. You’ll only have the duration of Fortnitemares to finish these off, so make sure you get all of them if you’ve got your eyes on a bonus skin this season.

This time around, they’re more than just spirits. There’s a new werewolf ability! Players can head to the Reality Tree to seemingly transform into a werewolf creature. Zero Builds is also getting its own unique Fortnitemares mode. A horde rush mode is hitting that side of the game.

The big feature for the Fortnite V22.20 patch and this year’s Fortnitemares in the werewolf form. This is a new special ability. You don’t quite transform fully. However, you do get werewolf claws and access to some new abilities in-game.

It takes a few steps to get these features, you don’t drop in with it all equipped. Players will have to head to the Reality Tree and find an Alteration Altar. Here, DJ Lyka is currently performing! Heading to this area should give you the Ritual Emote. Perform this at one of the Altars and you’ll gain Howler Claws.

The Altars are in heavy supply around the Reality Tree. However, there are more of them spread across the map. Once you’ve got the emote, you can use it at any of the altars. You don’t have to adjust your Chapter 3 Season 4 landing spot just to grab the werewolf abilities every game. 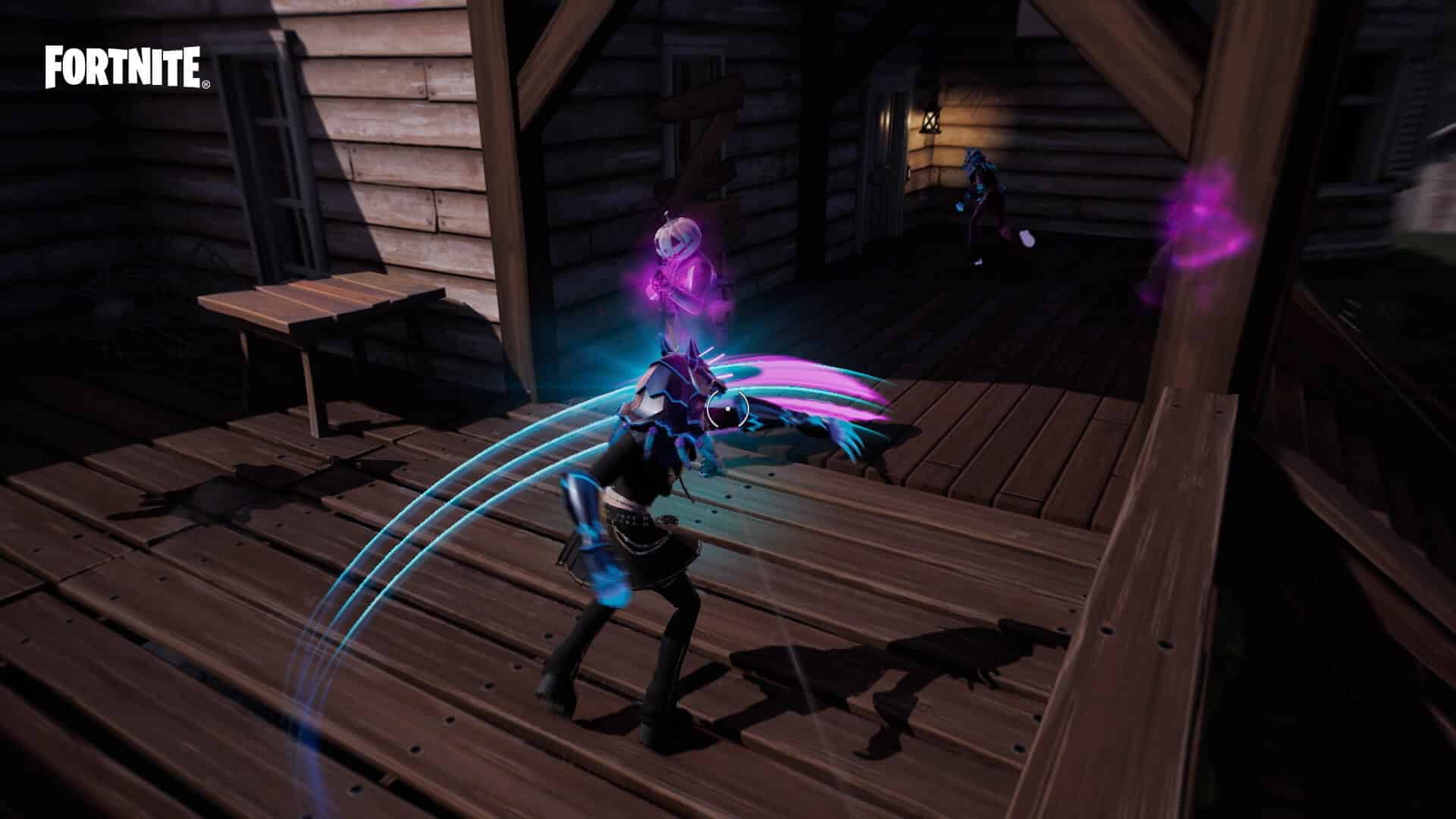 The Howler Claws allow you to activate Werewolf powers. The first of these is the Wolfscent Ability. This will last for a short while, but they do have a cooldown, so you won’t be able to spam them. These give you a few benefits in providing intel on enemy locations.

The ability gives you tracking vision. This will mark enemies that are nearby. You’re also going to be able to tell if you’re getting tracked yourself. This will have a lot of utility in hunting down other players. This tracking might even give some players the tools to finally break some of those long-standing kill records!

The claws and werewolf abilities do more than just track with the Fortnite V22.20 update. You’ll be able to use them as a melee attack too. The claws can be used in a four-move combo of melee hits against other players. When in the air, you’ll be able to do a double jump air slash version of the attack too.

These attacks are similar to the Wolverine moves that were in the game with the last Marvel crossover. However, adding tracking and making them so common for players is definitely going to make things interesting for the rest of the Fortnitemares event.  Be careful getting up close. These attacks hit hard and have a wide field of effect. 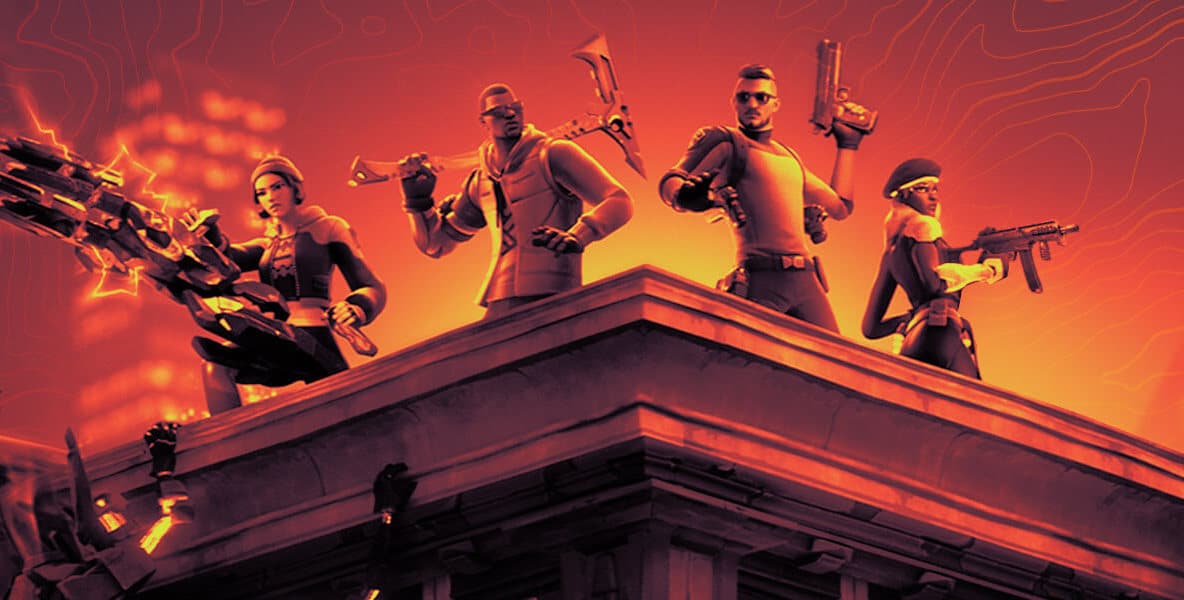 The Zero Build side of the game is getting a new game mode in the Fortnitemares. This is Horde Rush. The new mode has you face off against the cube monsters, a common foe in PVE modes for Fortnite.

Players are trying to take down wave after wave of these creatures. There are small ones, going all the way up to the huge storm boss at the end. You’ll have to survive different locations and rack up multipliers and combos. The final boss comes at the end of the round and is going to be a decent challenge without builds around.

This is a new LTM that is going to be running with Fortnitemares. However, this mode is going past Halloween. It’ll stay in the game until November 15th when v22.40 launches.

The Zero Build horde Rush mode is going to have special quests added. This means you can pick up some free cosmetics for playing through the game mode. 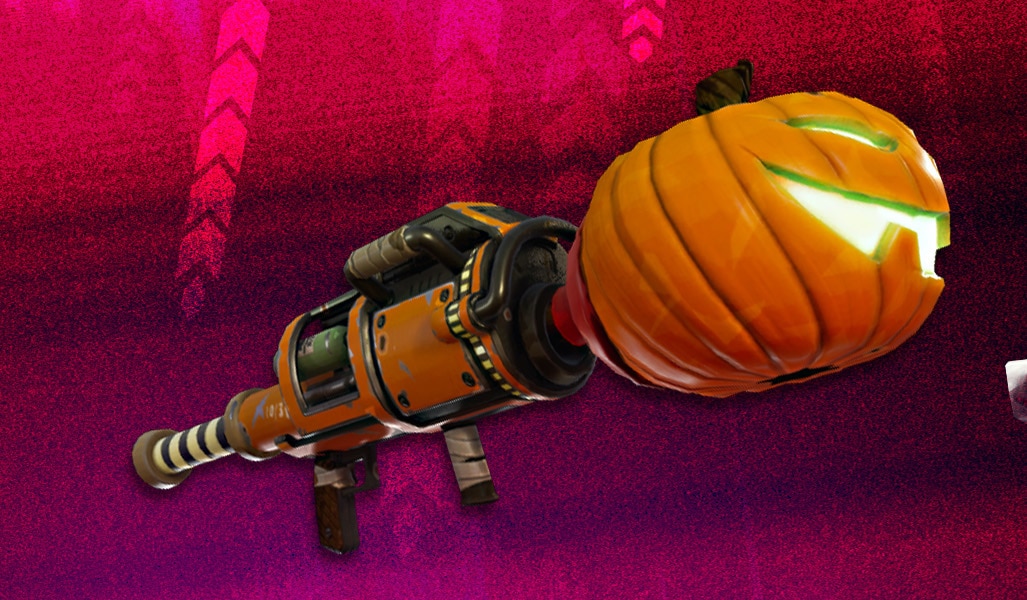 The Fortnitemares update is bringing new content back to the game alongside some changes to the loot pool. These are some of the new items that have been added back in:

By playing through the Fortnitemares questline, you can access some exclusive free cosmetics. Entirely free items are pretty rare in Fortnite. Usually, they only come at Christmas. This time you can grab one at Halloween, though, with a chrome pumpkin-faced character.

Epic doesn’t hand them out all that often. It’s always a good idea to make sure you’re playing through quests if you want to unlock everything. These are the free items added in this time around: 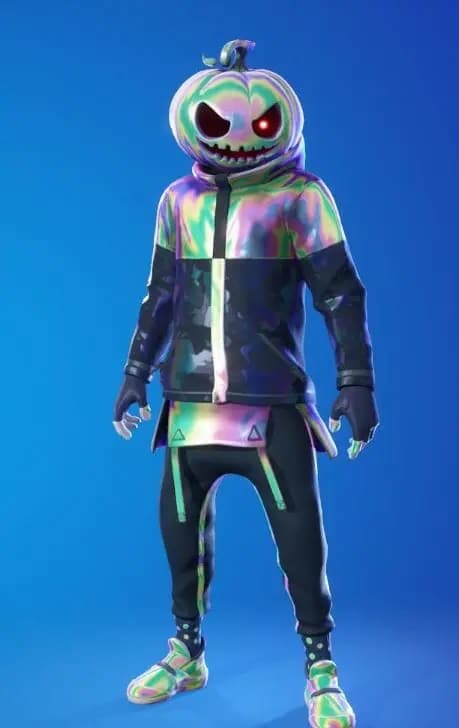 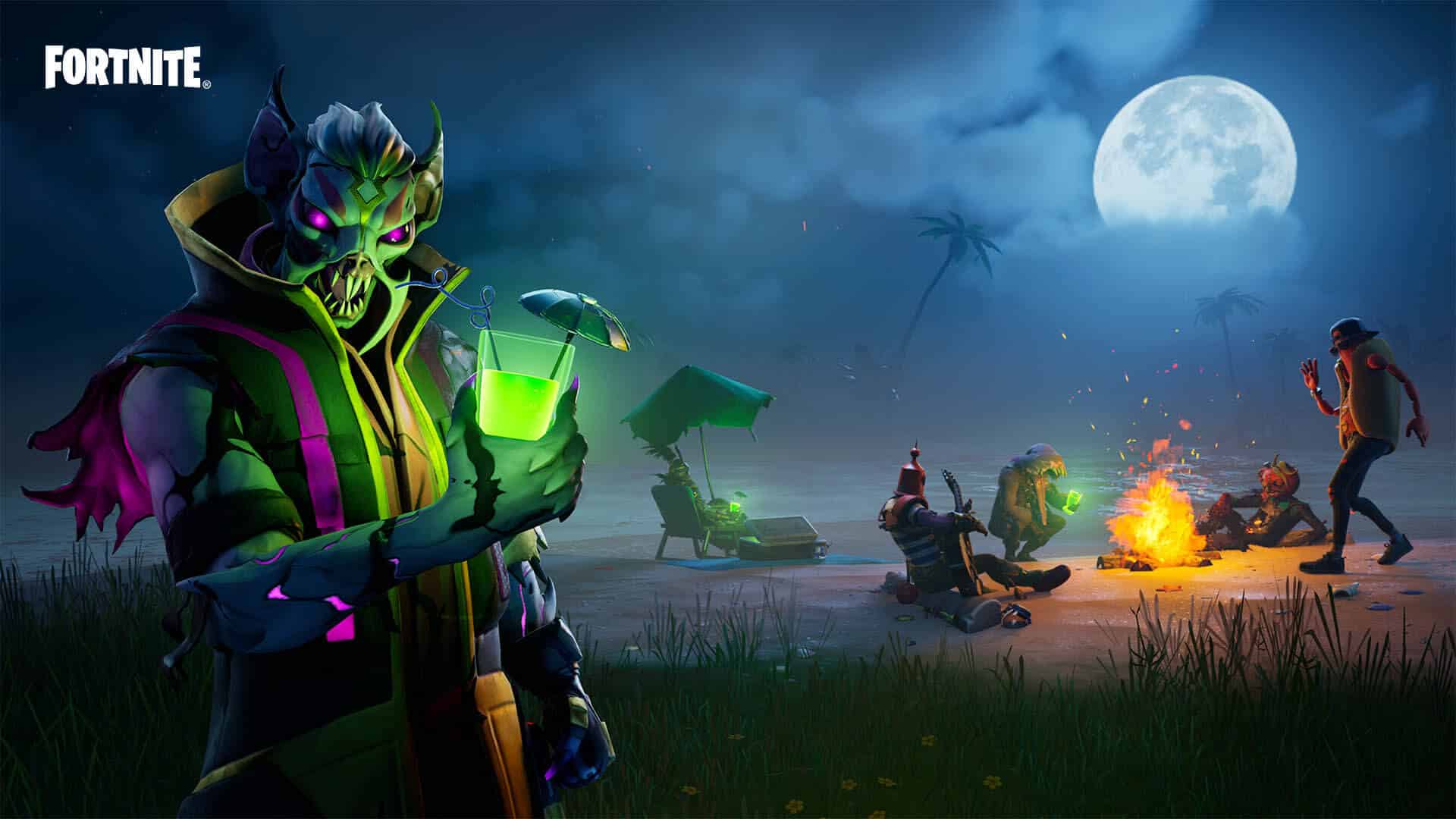 One significant competitive change added in with the Fortnite V22.20 patch is the introduction of diagonal movement. This is a new setting for PC players. It allows you to use diagonal movements and angles in your controls.

Alongside the official new content, there’s a new boss character added into the game with a brand-new Mythic weapon. He’s located in a new floor added onto the Grim Gables House. Players can fight the boss to try and grab that new Mythic.

Boats have, for some reason, been vaulted with this update! There isn’t an official reason why they’re gone. However, you won’t be able to find them for a little while in any build of the game. 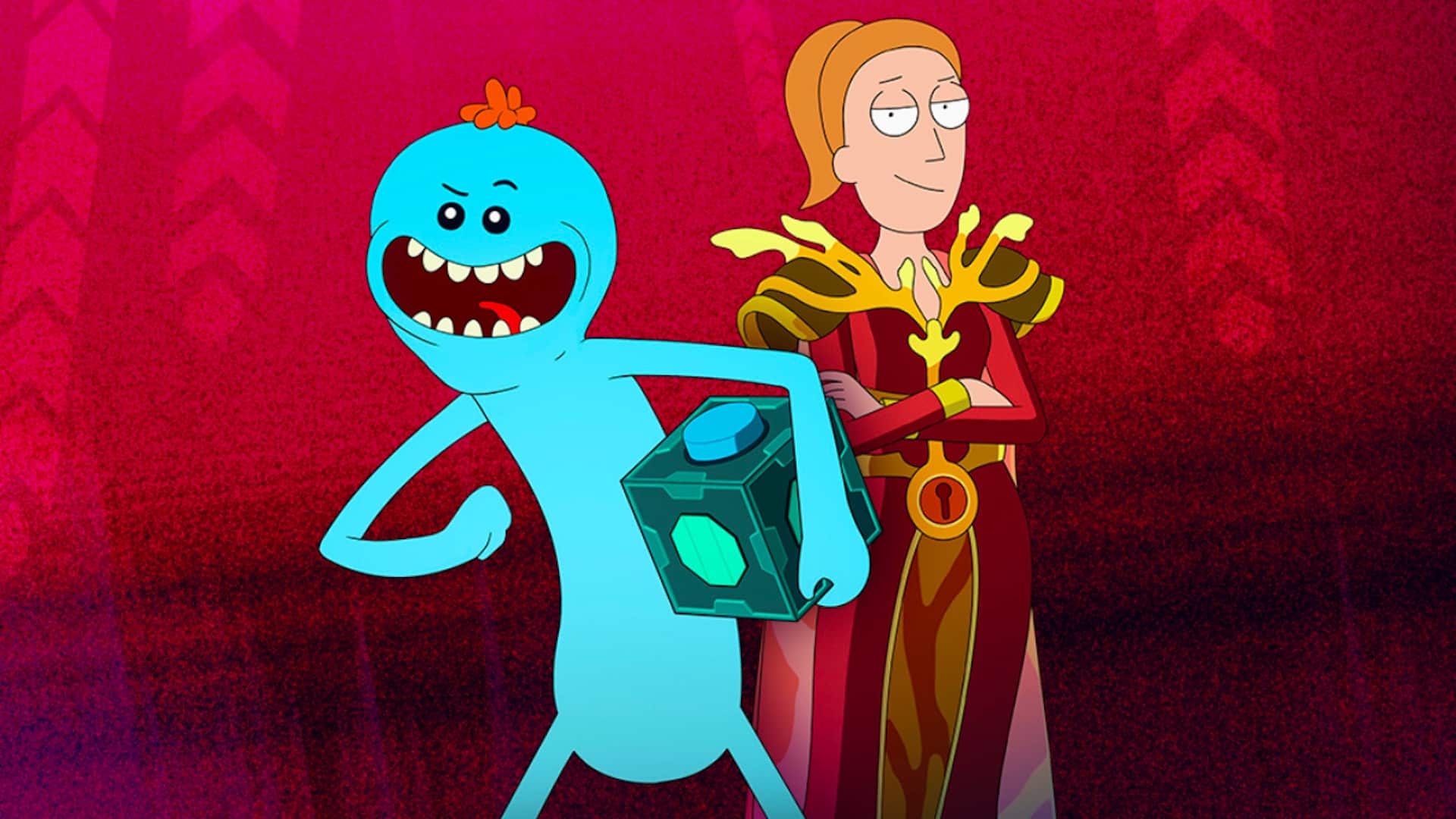 The update brought a lot of Halloween content, but Fortnite isn’t slowing down on the crossovers. New Rick and Morty skins are coming to the game. Queen Summer and Mr Meeseeks have been added in. They’re available in the item shop. The Mecha Morty outfit has also been brought back to the shop alongside those new additions. 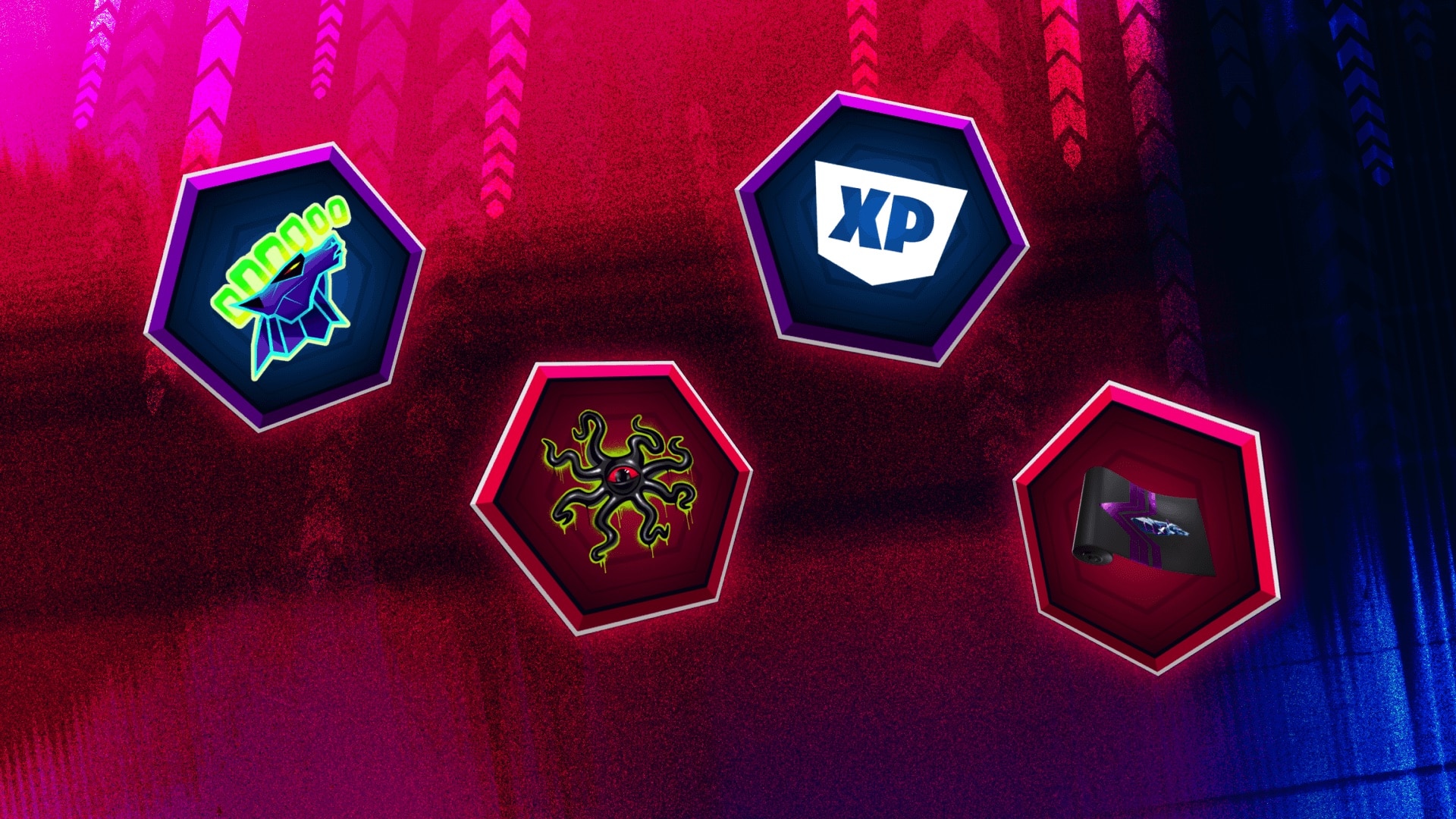 Alongside all that content, there are even more ways to earn rewards during this event. The Fortnitemares Escape Rooms are a new creative LTM. They’re going to be running from October 18-November 1. Players can compete in the Escape Room events to complete quests. These reward XP, but also exclusive cosmetics. These are what you can unlock: 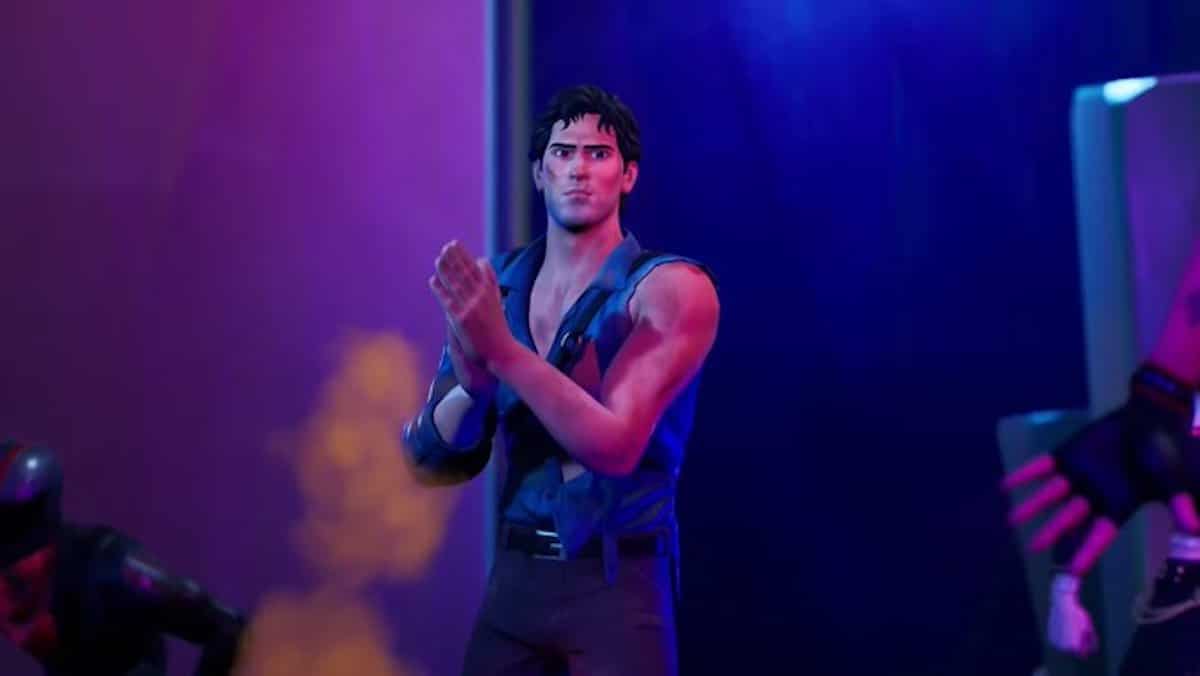 Not part of the official Fortnitemares patch notes but undoubtedly related to Halloween in-game is Fortnite’s latest crossover. A Fortnite Evil Dead crossover is hitting the game soon. The protagonist of the classic film has been spotted in the trailer for Fortnitemares and found by the usual dataminers. Ash, along with his chainsaw, will be coming to the game.

We don’t know exactly how the Fortnite Evil Crossover will come to the game. It might be in a few days since the content was added with the Fortnite V22.20 patch. However, we can probably expect it to come during Fortnitemares.

When Does Fortnitemares End?

There are loads of cool things going on in the game during Halloween. Players have a lot to do between all the different modes and ways to unlock free cosmetics. You don’t have the longest time to get through all of these quests, either! The Fortnitemares Fortnite V22.20 update is going to come to an end on November 1st, outside of the Zero Builds LTM. You’ll likely have until then to unlock all of the cosmetics and make sure you grab your pumpkin head skin!

Free skins are a rare treat in Fortnite. Make sure you get through all of the quests before the event ends if you want to get the most out of the game.