The Fortnite V22.10 Hotifx has brought loads of new content to the game!

Fortnite is just a short while away from its big Halloween events, but it still receives brand-new content. Only a week after it went offline for a big patch, a hotfix has dropped. It’s not just bug fixes, though. Compared to regular patches, though, this is a decent amount of new content. Just a week out from Fortnightmares, Epic has dropped two significant new additions to the game with the Fortnite V22.10 Hotfix.

This hotfix has made a few changes. The biggest, though, is a new gun, the goo gun. That’s along with new throwable launchpads that bring the item to No Builds for the first time. There are also some items brought back and unvaulted, with the new additions even making it into competitive. This is everything that’s new in the Fortnite V22.10 Hotfix.

The Goo Gun is a new weapon added in with the latest Fortnite V22.10 Hotfix. This is a bit of a unique addition to the loot pool. It doesn’t fire bullets. Instead, it shoots out goo. This will stick to whatever it hits. After a second, it will detonate and explode, dealing damage and destroying things that it’s stuck on to.

The core mechanic of the weapon is interesting in a few ways. Ranged explosives are always fun. You can use them to knock down builds and cause chaos. When players are completely cranking, items like this can stop them and bring them back down to earth. However, landing goo on another player can deal a lot of damage. The explosion might also inspire a bit of panic in your enemies as you send it launching out. No one wants to get covered in goo that’s seconds away from exploding.

The Goo gun can be a bit unwieldy to use. If you’re trying to stick another player from a distance, it is going to take some getting used to. Play around with it and get a feel for how the goo comes out. There’s a trick to aiming it and compensating for how weirdly the goo moves.

Another unique mechanic for the Goo Fun is that it isn’t running on normal ammo. It has a set number of shots. Once the goo is gone, its gone. You can’t pick up extra ammo. However, they’re not too rare around the map, so you can probably switch it out as long as you’re not in the late-game. Keep this in mind for your matches with the goo gun! If you have a low amount left, carrying the gun is a bit of a waste of an inventory slot.

You can find this weapon just about everywhere. It’s on the ground, chests, and in supply drops. Its spawn rate is boosted until 22.20 releases, so for a week they’re going to be everywhere. 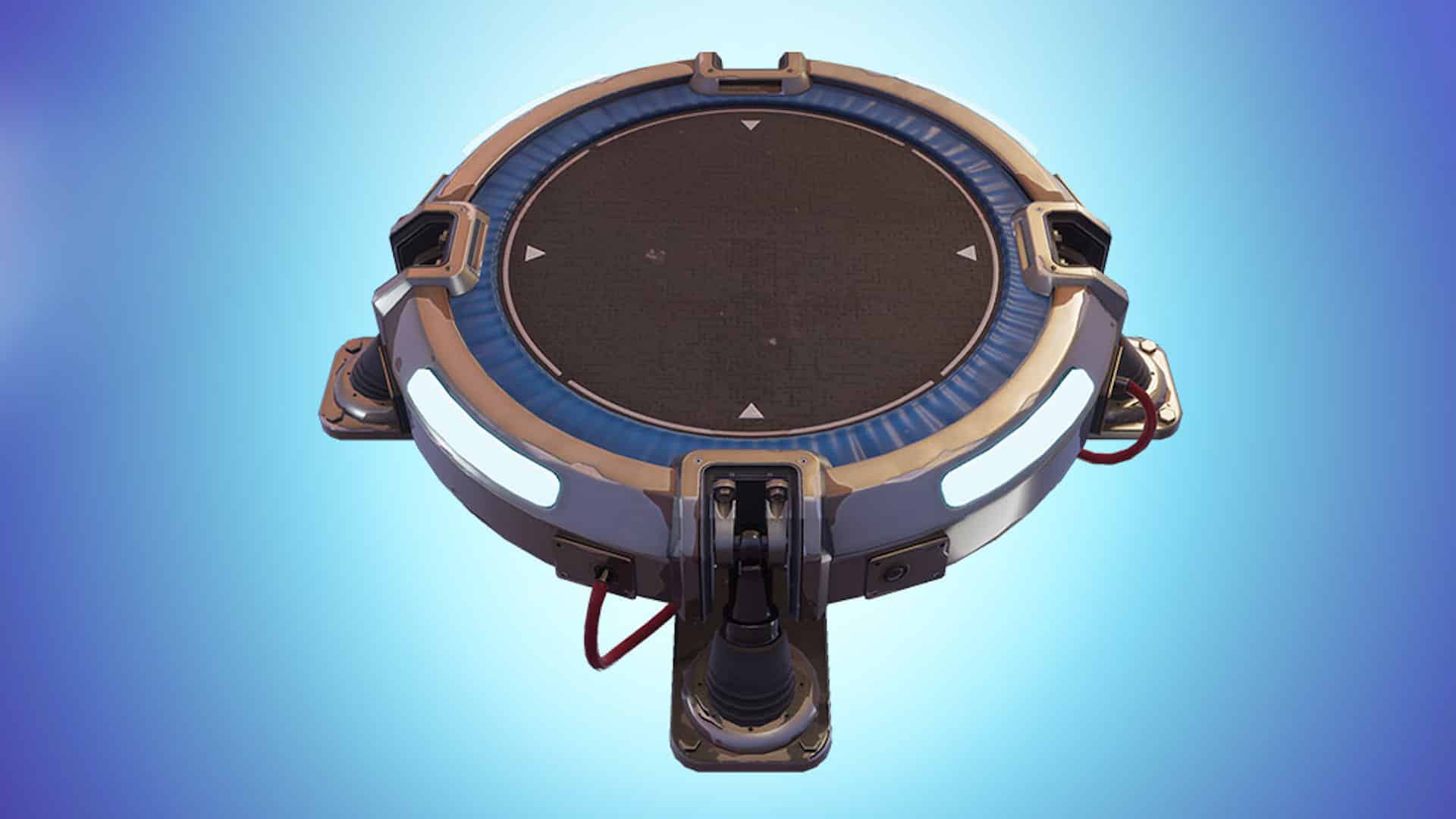 The other significant addition to the loot pool in Fortnite V22.10 hotfix is the Throwable Launch Pads. These are a new version of the Launch pad.

These drop as throwable items. They work similarly to the Port-A-Bunker, or the Port-A-Fort from previous seasons. When you chuck it out, it’ll spawn a launch pad. This is sat on a platform of an edited box, down to a 1/3 height. It’s easy to get onto, and can be launched onto any terrain.

The throwable launch pads bring the mobility of launchers back to Zero Builds. This has been an item that’s missing for the loot pool without the ability to build. It should open things up for No Builds. Although, there’s a drawback.

The Throwable Launch Pads will take up a whole slot in your inventory. This is going to make them a more valuable resource. You can’t just carry them every game. You’re going to have to prioritize.

The Throwable Launch pads look set to really liven up the loot pool for No Builds. Taking up a whole slot though, players will have to think things through before they carry these in every game. 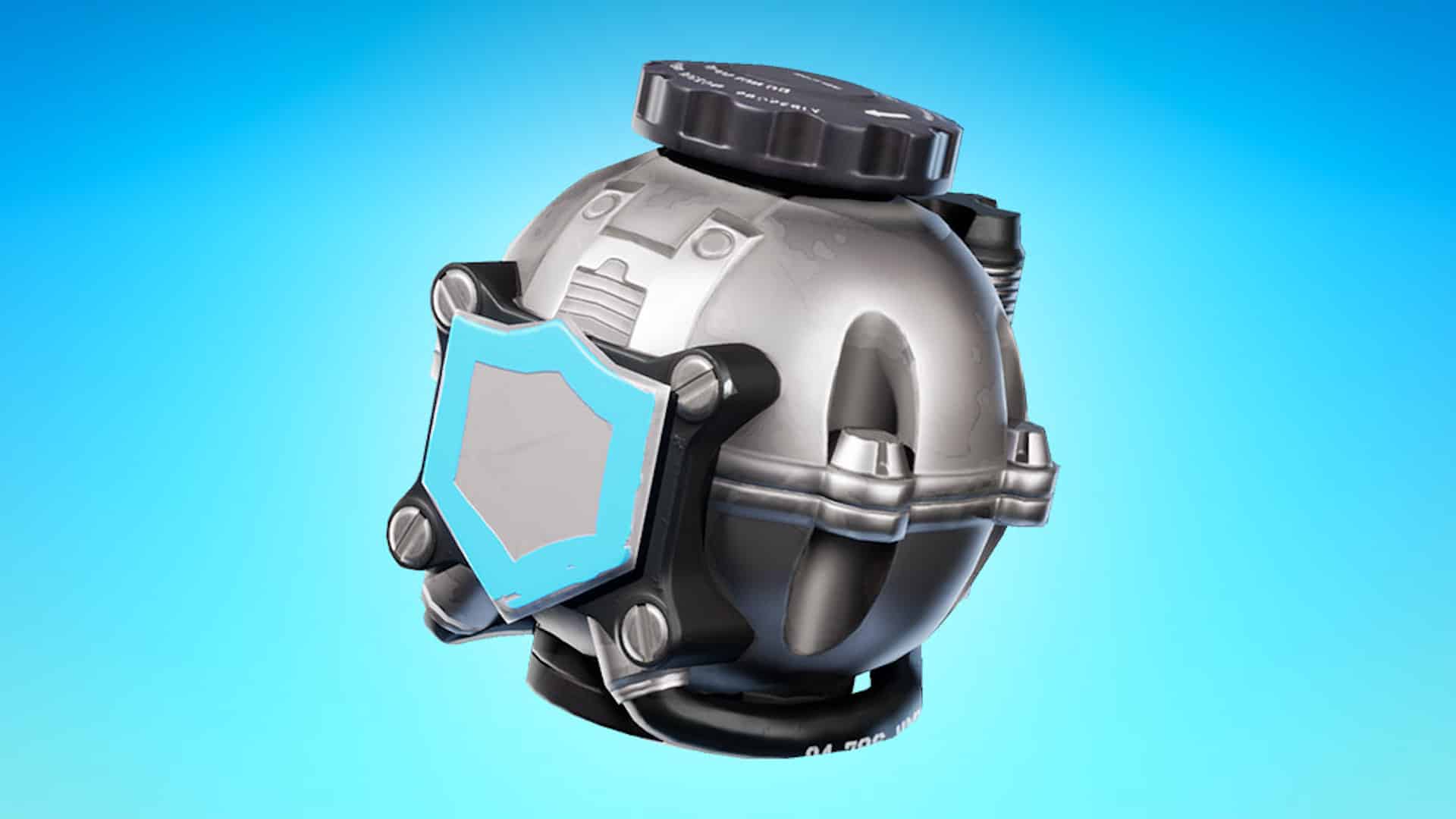 The hotfix has brought one more item to the loot pool, the shield bubbles. These are making a return to the game.

The shield bubbles are throwable items that you can launch on to the ground around you. They put a bubble shield around players that blocks damage. These were in the game fairly recently, but got vaulted with the Chapter 3 Season 4 update.

The Fortnite shield bubbles are a fun twist on the game’s normal meta. They can lead to some locked down late games that make it difficult for players to get close to each other. Although, if you’re brave enough to rush in you can still walk through it once you’re up to close-range.

These are going to be found on the ground, chests, and supply drops. The loot pool has gotten a lot busier this season.

The new items that have hit the game recently aren’t all coming to competitive. The goo gun is going to stay out for a few weeks. However, throwable launch pads and shield bubbles are both getting included. This isn’t normally the case for brand new items. However, it is understandable why Epic is including them.

The throwable launch pad isn’t really a new item in build playlists. It’s more of a twist on an existing one. This might clutter up the loot pool, but it is also going to make launch pads much more common, even in competitive. Recently, Epic has been stripped mobility out of comp. This is a nice change to keep things active.

The shield bubbles are similarly in competitive with the Fortnite V22.10 hotfix. These have likely been added in because they’re unvaulted. Epic has already gotten a good idea of how these impacts competitive play. Although, it’s still strange to see items unvaulted in both instantly.

Those are all of the major changes with the Fortnite V22.10 hotfix. This is a smaller patch, since we’re just a short while away from the launch of Fortnitemares. However, players have plenty of new content to be working through over the week before V22.10 hits.