Home Videos FNCS Invitational Rewards – How to Unlock All 4 Rewards


There’s going to be FNCS Invitational rewards, this is how you can unlock them all.

The FNCS Invitational 2022 is kicking off soon, bringing the entire year’s competitive Fortnite to an end. This is bigger than just a seasonal FNCS, it’s the culmination of 2022 for Fortnite as a whole. There are loads of reasons to tune in and see how it goes, but the FNCS Invitational Twitch drops give a bit more of an incentive to jump in. These drops are going to reward players who join in and watch the matches with up to 4 cosmetics for players to remember this tournament.

The FNCS rounds off an entire year of esports events. This is the finale for 2022, and for Chapter 3 so far. Last year’s FNCS proved one of the highlights of the year. These tournaments are some of the biggest Fortnite has ever seen. They bring all the winners from a year’s worth of events together for an in-person LAN spread across two days. Tuning in on either of the days is going let you earn the FNCS Invitational rewards.

The Invitational is coming after a few seasons of transition. New faces are popping up in the esports scene as more retire. However, if last season’s FNCS invitational if anything to go by, there’s a decent chance that some old favorites still clinch the big win for the year. It’s going to be a tournament to watch, especially if you want to grab free cosmetics.

These Twitch drops offer quite a few cosmetics. There are emotes, sprays, and a loading screen on offer. To collect them, you’ll need to watch the FNCS tournament. Although, there’s a specific method that makes it easier to get these rewards.

What are the FNCS Invitational Rewards?

The FNCS Invitational rewards are spread across the whole event. You can get them at any point even if you only tune in for the final few rounds. There are quite a few different ones here. These are the rewards you can unlock:

Each of these drops utilises the logo and color scheme of the FNCS Invitational. This year it has a kind of chrome-effect to it as well, which makes it fit the current season pretty well.

These drops are going to be available throughout the entire event. Although, there’s more than one way to get them. If you miss out on the drops, then you can still get them. They’ll be available in the store alongside other themed cosmetics. Obviously, getting them for free by watching the event is a much better deal, though! Why pay for something when you can grab it for free? 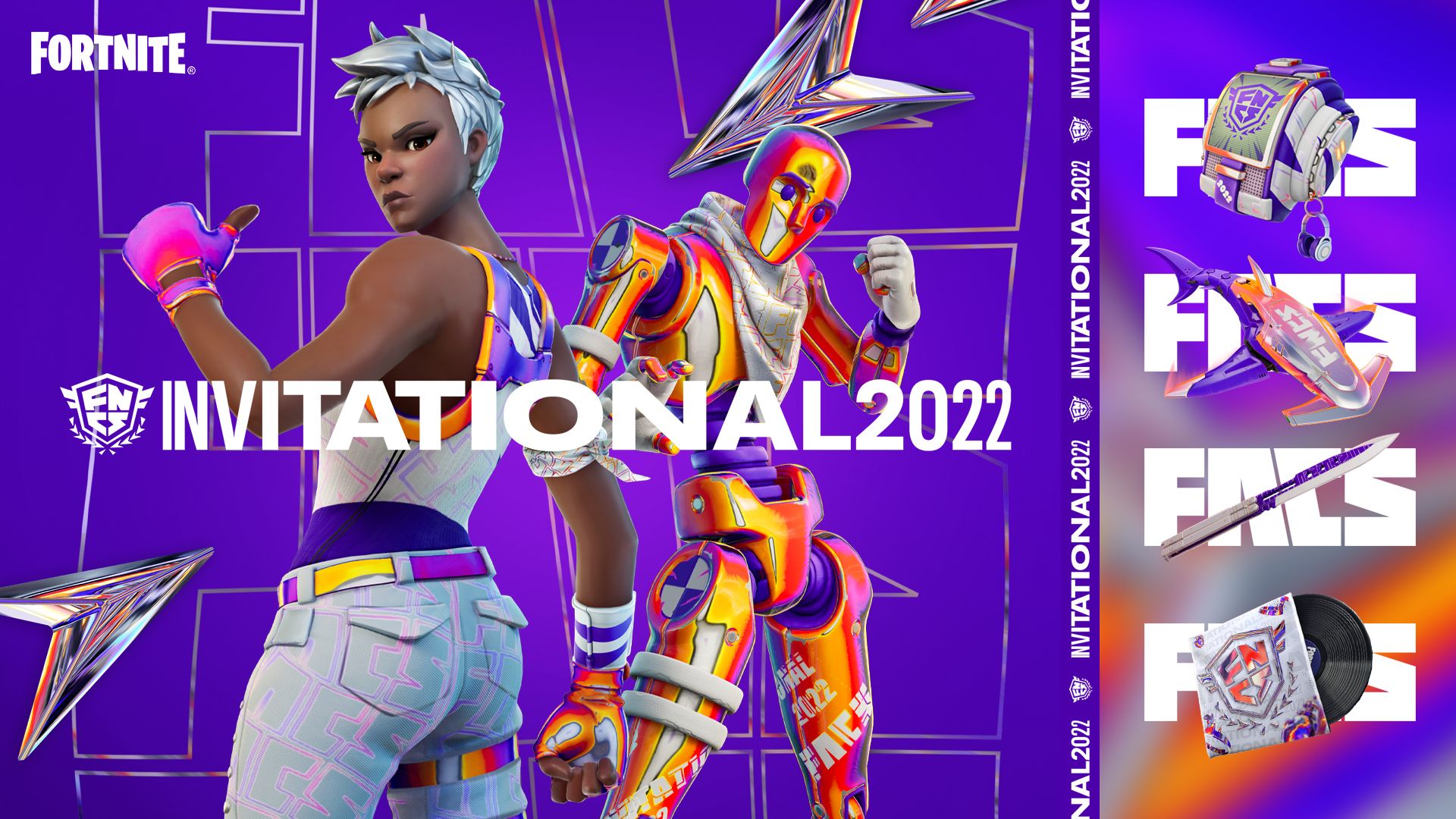 How to Get the FNCS Invitational Rewards 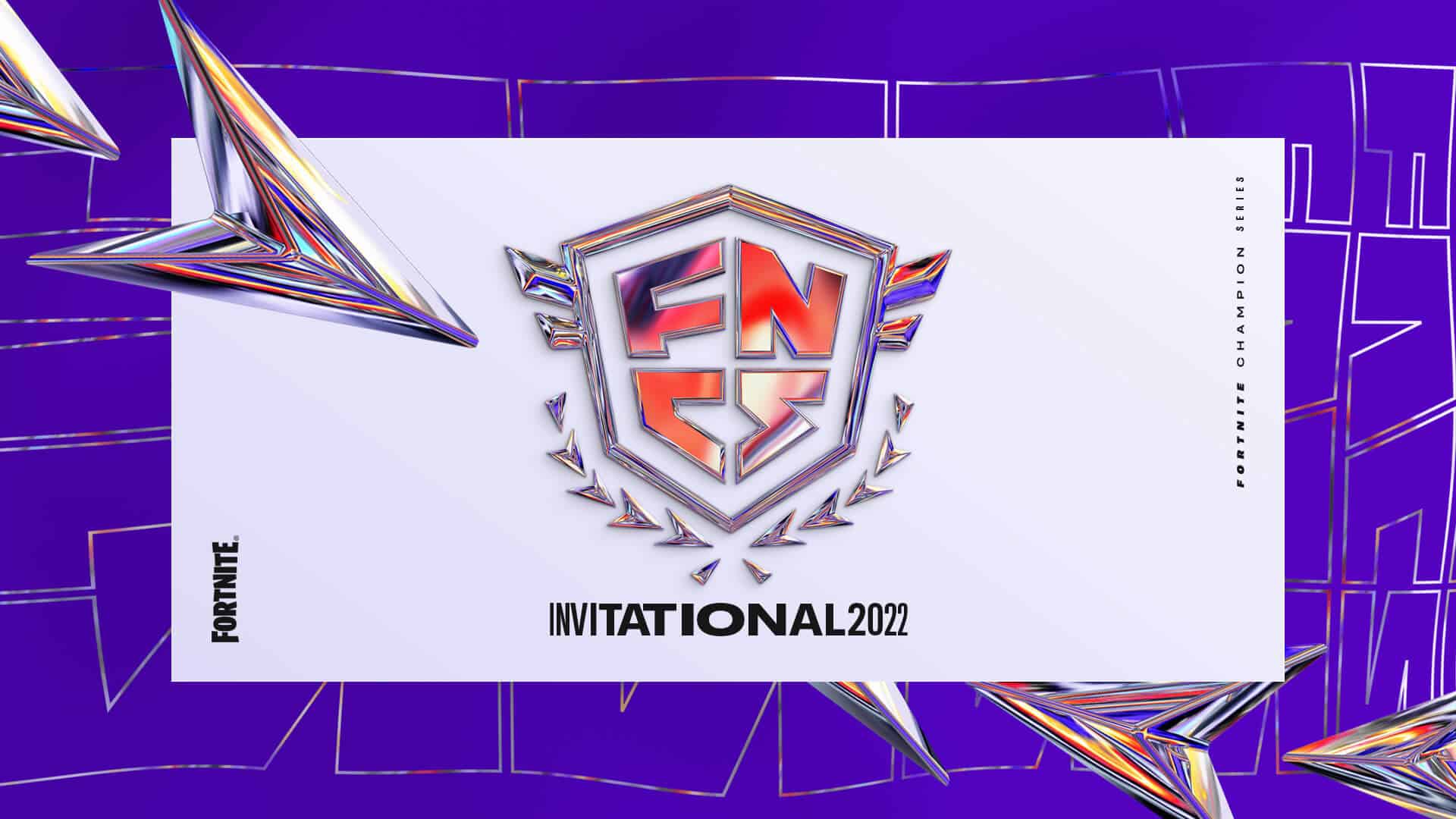 The FNCS drops are going to be available for free, but you will have to jump through some hoops. There are a few different ways to get them, depending on how you prefer to watch esports. The simplest is to use the game itself. In this method, this is all you need to do:

That method is easy. All you need to do is drop into the official creative map. This automatically ties your viewing to your Epic account and makes it easy to get the FNCS Invitational rewards. This has the added benefit of having a full viewing experience with other Fortnite fans. These creative maps are the easiest way to grab the FNCS Invitational rewards, but there’s another way to do it too.

There are other methods to get the cosmetics, though. You can also unlock the through watching the stream on YouTube or the channels on Twitch with drops enabled. Drop-enabled Twitch streams are easily labeled, usually with streamers putting it directly in the stream title. Your account will need to be linked for these methods. Since you only have to watch for an hour, though, leaving the game running in the Legends Landing map for that duration isn’t too huge of a commitment. That’s probably the easiest way for players to get them.

That’s how you can get the FNCS Invitational rewards. These are pretty simple to pick up. They aren’t quite as alluring as the dedicated skins for the event, but free cosmetics are always good to have! Tune into the Invitational to make sure you’re grabbing all of them.