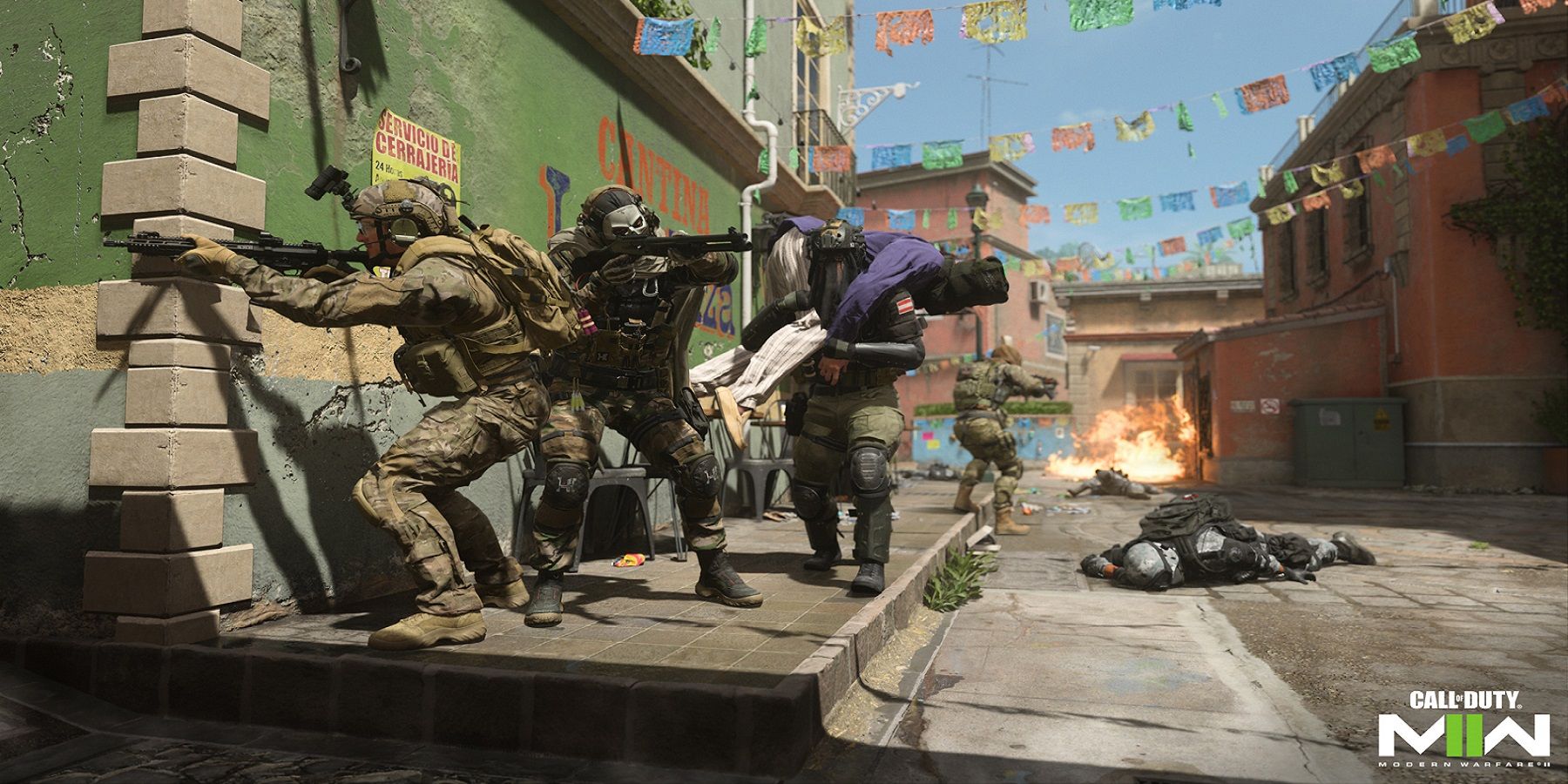 Getting a kill with the throwing knife in Call of Duty: Modern Warfare 2 is an impressive feat, but one skilled player took the time to demonstrate how one knife can get a player’s squad out of a camped spawn point. Camping has been a controversial strategy in online shooters for decades, and it is a tactic still used to this day in Modern Warfare 2 . While the play style can be effective for the camper, being camped is frustrating. One particular Modern Warfare 2 map has quickly earned a reputation for how easy it is to camp spawn points, which is why the video demonstrating how to break out with one throwing knife can relieve a lot of frustration.

In the time since release, Modern Warfare 2 set a new sales record with more players than ever before engaging in multiplayer matches around the world. Controversial strategies have always been part of the online modes, from the first Modern Warfare’s “Martyr” perk which set off a live grenade at one’s feet when killed, to any number of over tuned guns that have been the clear best weapon in the game. While camping is not easy to fix with a patch, frustrated Modern Warfare 2 players are getting creative with how to fight back against the legitimate, but maligned strategy.

On Reddit, user jacovskee shared an instructional video on how to use a throwing knife for an easy kill on enemies camping one of the Al Braga Fortress spawn points. Due to the geography of the map, Modern Warfare 2’s Al Bagra Fortress can be hard to play on based on which side one’s team spawns into, with the far right side of the map being the easiest to camp. That is why jacovskee’s video can save an entire squad with one knife by breaking the camping siege of the asymmetrical spawn points.

In the video, jacovskee demonstrates how to position for the knife throw using a trash bin as a landmark. Angling the knife can be made a bit easier with the “Strong Arm” perk, but as there is no trajectory line in the video, the perk is not required to make the shot. There is an assumption that one of the opponents will be standing in the right spot, but since the target area is a prime camping location, it is likely that an enemy sniper will be on the landing. While some long-range Modern Warfare 2 knife kills are the result of luck, jacovskee’s ability to replicate the same knife toss makes it the result of skill.

At over 2000 upvotes so far, Modern Warfare 2 fans on Reddit are appreciative of jacovskee’s throwing knife demonstration. One commenter asked about field of vision, which may make a difference when aiming, but others pointed out that the initial targeting placement will always be the same no matter what the personal graphic settings. At the moment, a vocal part of the Modern Warfare 2 community is asking for changes to be made to Al Braga Fortress to make it less frustrating to play on. Modern Warfare 2 has better maps for sniping if that is what a player wants to use as their playstyle.